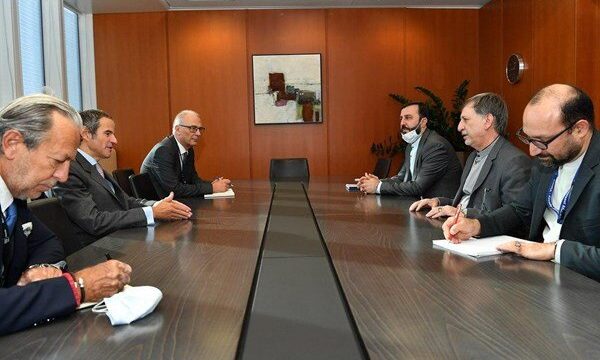 MNA – Iran has once again expressed its concerns over the “non-transparent” nuclear activities of Saudi Arabia.

Baharvand called on the IAEA to investigate Saudi Arabia’s secret nuclear activities, saying that the agency should carry out its verification probes over other countries’ nuclear programs, too.

Iran had previously warned the IAEA after reports emerged about suspected attempts by Riyadh to process uranium and move toward the development of atomic bombs.

During the meeting, Baharvand and Grossi also discussed ways of mutual cooperation between Tehran and the nuclear watchdog.

The Iranian diplomat underlined the need to protect mutual cooperation and “not allow any third party to influence such relations”.

During a recent visit to Tehran by Grossi, Iran and the IAEA reached an agreement on the resolution of the safeguards implementation issues raised by the Agency.

The Agency subsequently conducted complimentary access, under the Additional Protocol, at one of the two locations specified it.

Speaking on Monday, Grossi said the agency’s inspectors will visit the second of two sites in Iran later in September for verification purposes based on the same agreement.

“Our inspectors took environmental samples which will be analyzed. A complementary access at the second specified location will take place later this month,” he added.

In his Monday speech, the UN nuclear agency chief also welcomed the Iran-IAEA agreement and expressed hope that it would “reinforce cooperation and enhance mutual trust.”

Grossi added that the agency would continue to verify the non-diversion of nuclear material declared by Iran under its Safeguards Agreement, saying, “Evaluations regarding the absence of undeclared nuclear material and activities for Iran continue.”