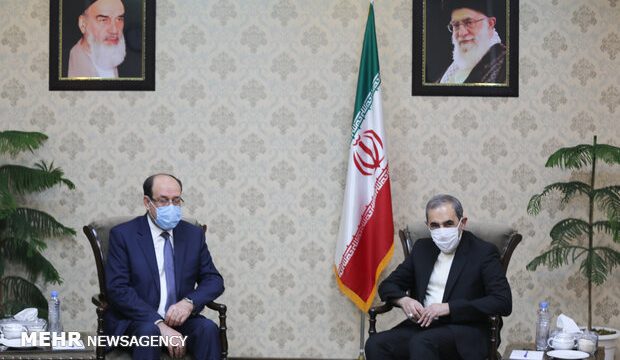 MNA – The top advisor to the Leader of the Islamic Revolution said that the West Asian region is under the influence of the fraternal, close, and good neighborly relations between Iran and Iraq.

On Tuesday morning, Nouri al-Maliki, the former Prime Minister of Iraq and the secretary-general of the Islamic Dawa Party met and held talks with Ali Akbar Velayati, the top advisor to the Leader of the Islamic Revolution in Tehran.

In the sidelines of this meeting and among reporters, Velayati called Nouri al-Maliki as a friend who worked hard to advance the interests of the Iraqi people, and described his meeting with this Iraqi official as “very positive”.

Velyati also expressed hope that under the leadership of the new government led by Prime Minister Mustafa al-Kadhimi, Iraqi politicians will be able to take great steps in resolving the problems of Iraq and West Asia.

During the meeting, the Leader’s adviser on international affairs and Nouri al-Maliki stressed the need to further expanding the two countries’ interactions in the light of the 4,000-year-old intertwined historical relations and the many cultural commonalities between the two countries.