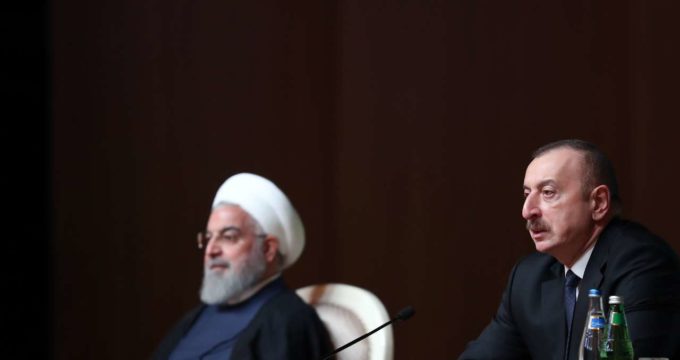 Rouhani to hold talks with Azeri counterpart in near future

MNA – Iran’s newly-appointed Ambassador to Baku Seyed Abbas Mousavi said that Iranian President Hassan Rouhani is scheduled to hold a videoconference with his Azeri counterpart in the near future.

Mousavi maintained that the Iranian President is scheduled to hold a videoconference with his Azeri counterpart, Ilham Aliyev, in near future.

He went on to say that there are about 30 bilateral economic projects in various fields and Iran seeks to implement 14 of them this year.

“The President of Azerbaijan was expected to visit Iran in March this year. However, his trip was canceled due to the pandemic. This videoconference will be held in exchange for the visit. We expect a great breakthrough in relations between the two countries after the virtual meeting,” he added.