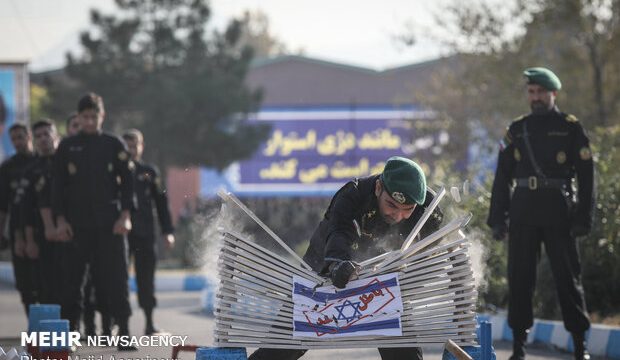 MNA – The commander of the 65th Airborne Brigade of the Special Forces said that the force is ready to counter any threat against the country.

Colonel Holako Ahmadian, the Commander of Iran Army’s 65th Airborne Brigade of the Special Forces (abbreviated as NOHED) told Mehr News Agency that the forces of the 65th Brigade are trained in accordance with threats of the day and in different climatic regions of the country.

Ahamdian considered the confrontation with terrorist groups as one of the specialties of the 65th Brigade, underlining that they monitor all threats and movements in West Asia carefully.

He went on to say that the 65th Brigade forces are trained with appropriate techniques and tactics to deal with any type of operation which is carried out by terrorist groups.

Referring to the advisory presence of the Iranian Armed Forces in Syria and Iraq, he said “The presence of our country’s military in the Resistance Front which was carried out in the form advisory mission at the request of the legitimate governments of these countries, brought great experiences and we have tried to use those experiences in training our forces.”

Elsewhere in his remarks, colonel Ahmadian spoke about the individual weapons used by the Special Forces, explaining, “Despite all sanctions imposed on Iran’ Armed Forces, today, we do not need to import foreign weapons and equipment, and our missions are carried out in the best possible way with domestically produced equipment.”

Relying on God’s assistance and using the experiences of the Sacred Defense years and in cooperation with scientific and research centers, the Iran Army Ground Forces have achieved great results in the field of individual combat and night-vision device, as well as protective equipment against chemical and anti-club weapons, he explained.