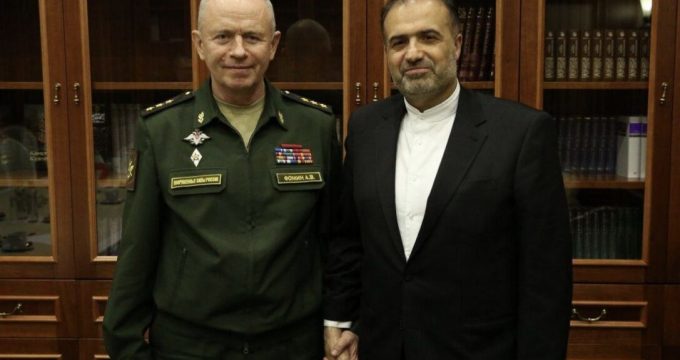 Fomin made the remarks in a meeting held in Moscow with Iran’s Ambassador to Moscow Kazem Jalali.

The two officials held talks on the issues related to defense and military cooperation and the July 2015 nuclear deal, aka Joint Comprehensive Plan of Action (JCPOA).

They also stressed the need to continue talks, exchange of delegations and cooperation to fight terrorism and ensure peace and stability in the region.

The Meeting was held after the recent visit of Iranian Defense Minister Brigadier General Amir Hatami to Moscow.