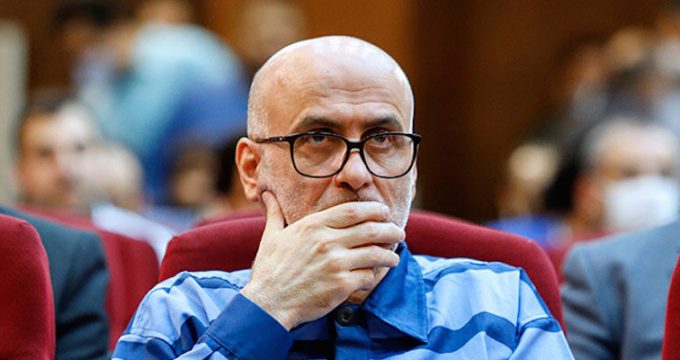 Press TV – Iran’s Judiciary has sentenced a high-ranking official in its executive branch to a total of 31 years in prison over involvement in a major financial corruption case.

Judiciary spokesman Gholam-Hossein Esmaeili announced the ruling on Saturday and said Akbar Tabari, the former deputy head of the Judiciary for executive affairs, had been found guilty of eight corruption counts in the high-profile case.

“Mr. Tabari has been sentenced to 31 years in prison and confiscation of property resulting from bribery and permanent dismissal from government services and a fine of more than 430 billion rials for forming a multi-member bribery network,” Esmaeili said.

The spokesman said the verdict issued for the defendant is not final and subject to appeal in the country’s Supreme Court.

Two other people involved in the case were also given 15 and 10 years in jail.

In another development on Saturday, Navid Afkari was executed after being convicted of stabbing to death a government employee in the southern Fars province in 2018.

Afkari was executed “this morning after legal procedures were carried out at the insistence of the parents and the family of the victim,” the head of the Justice Department in Fars province was quoted as saying by state media.

The 27-year-old fatally had stabbed Hassan Turkman, a water supply company employee, in the southern city of Shiraz during riots over fuel prices in 2018.