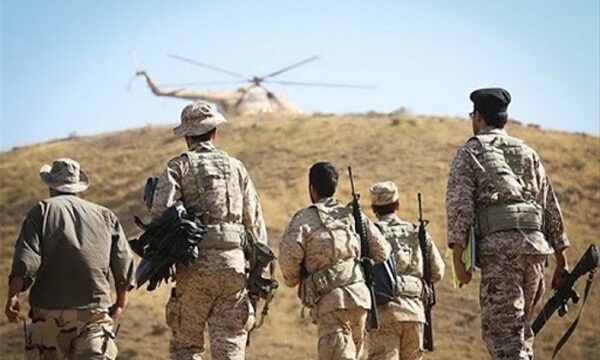 IRGC eliminates base of anti-Revolutionary groups in NW

MNA – IRGC’s Hamza Sayyid al-Shuhada Base announced that it has targeted a base of anti-Revolutionary groups situated in the Iraqi Kurdistan region in response to the groups’ hostile moves against Iran.

He said that Americans have become disappointed as Iran has managed to eliminate terrorist groups that they have supported in NW of the country to create insecurity in the borders.

The recent operation came in response to hostilities of the anti-Revolutionary groups, in particular, in response to an assassination in Kordestan province, he said.

“During operations, launched in recent days, the base of an anti-Revolutionary group has been completely eliminated and also, a number of terrorist cells were also targeted which were deployed near the Turkish border to sow the seed of division,” he said.

Forces of Hamza Sayyid al-Shuhada Base, Khalilzadeh continued, completely surrounded the mountainous regions and cleaned the area of terrorists.

The hostile groups suffered ‘significant’ fatalities and a large amount of explosives have been seized from their base, he added.

“IRGC forces are now deployed in the northwestern regions and enemies should know that the country’s security is our red line,” he said.

“Our message to the affiliated elements of the anti-revolutionary groups is that if they continue their evil, the counter-revolutionary headquarters on the other side of the border will be targeted by IRGC artillery,” he warned.