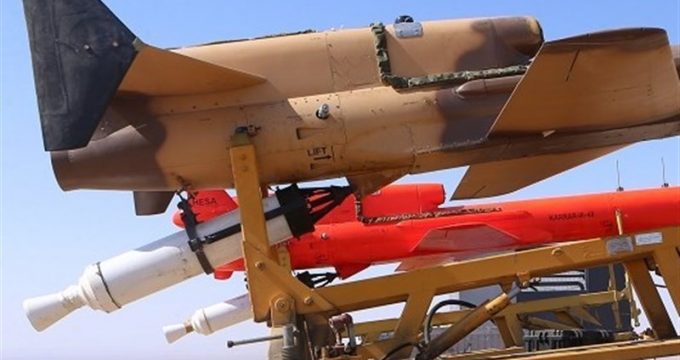 MNA – During the Zolfaghar-99 military exercise on Fri., one US plane and two drones, that had violated the law and entered Iranian Air Defense Identification Zone (ADIZ) illegally, were intercepted by homemade Karrar drone.

One P-8 aircraft, MQ-9 and RQ-4 drones, entered the country’s Air Defense Identification Zone (ADIZ) while being in full observation of the country’s integrated air defense network from miles away. Unlike international rules and regulations, American plane and drones entered the unauthorized area of Air Defense Identification Zone (ADIZ) illegally.

Given the above issue, the US drones entered the country’s Air Defense Identification Zone illegally, according to the Public Relations Department of Iran’s Army.

The American aircrafts then changed their route and distanced themselves from the area and ADIZ zone of the military exercise after Iranian drone “Karrar” intercepted them.

The three-day exercise, dubbed Zolfaqar-99, kicked off on Thursday under the command of the Army’s Zolfaqar base,

The drill covers an area of two million square kilometers in the eastern waters of the Strait of Hormuz, Makran coast, Oman Sea and North Ocean India up to 10 degrees north.

Units of the Army’s Air and Ground Forces will contribute to the maneuvers, during which tactical offensive and defensive strategies will be drilled in line with the country’s agenda to safeguard its territorial waters and maritime access routes.