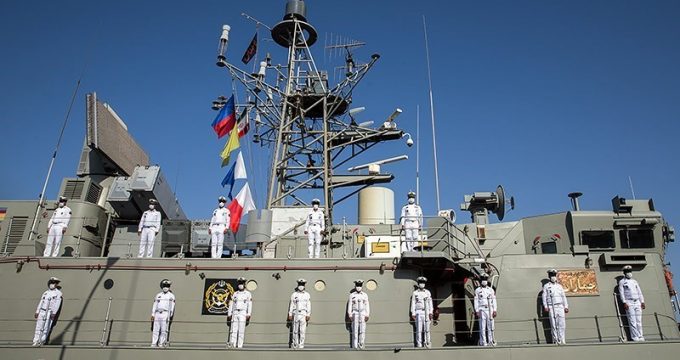 AFP – The Iranian navy began a three-day exercise in the Sea of Oman near the strategic Strait of Hormuz on Thursday, deploying an array of warships, drones, and missiles.

One of the exercise’s objectives is to devise “tactical offensive and defensive strategies for safeguarding the country’s territorial waters and shipping lanes,” the military said on its website.

The navy will test-fire surface-to-surface and shore-to-sea cruise missiles and torpedoes, and rocket-launching systems fitted on warships, submarines, aircraft and drones, it added.

Dubbed “Zolfaghar 99”, the exercise will be held over two million square kilometres (772,000 square miles) of sea stretching from the northern part of the Indian Ocean to the eastern end of the Strait of Hormuz, the sensitive shipping lane from the Persian Gulf through which a fifth of world oil output passes.

The exercise’s spokesman, Commodore Shahram Irani, said that foreign aircraft, especially US drones, had been warned to steer clear of the area.

“We saw focused activities by American UAVs (unmanned aerial vehicles) to gather information” on the exercise, he told the armed forces’ website, adding that the US aircraft had since left the area.

In July, Iran’s ideological force, the Islamic Revolutionary Guard Corps, blasted a mock-up of a US aircraft carrier with missiles during an exercise near the Strait of Hormuz.

The US Navy condemned those maneuvers as “irresponsible and reckless”, and an attempt “to intimidate and coerce”.

Tensions between Iran and the United States have soared since President Donald Trump withdrew from a landmark nuclear agreement with Tehran in 2018 and unilaterally reimposed crippling economic sanctions.

Their animosity deepened after a US drone strike killed top Iranian general Qasem Soleimani outside Baghdad airport in January, prompting Iran to retaliate with missile strikes against bases used by the US military in neighboring Iraq.