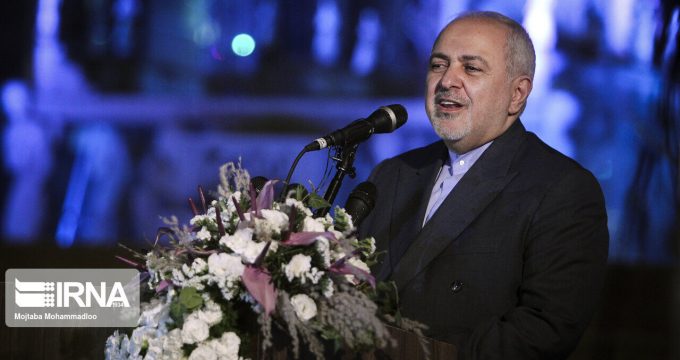 Zarif to EU: Stand up to US if you want to implement JCPOA, build confidence

Press TV – Iran’s foreign minister says if the European Union wants the country to resume its voluntary transparency-focused and confidence-building measures (CBMs) concerning its peaceful nuclear energy program, the bloc should resist the US’ economic terrorism targeting the Islamic Republic.

Mohammad Javad Zarif made the remarks in a tweet on Thursday that he addressed to the 27-nation bloc and the E3, namely current EU members France and Germany, and former constituent the UK.

“If E3/EU want full implementation of CBMs & enhanced transparency that JCPOA provides, they should reject US #Economic Terrorism,” the top diplomat said.

The “transparency and confidence building measures” is part of the Joint Comprehensive Plan of Action (JCPOA), a nuclear deal that Iran signed with the E3, the US, China, and Russia in Vienna in 2015.

As part of the measures, the Islamic Republic undertook voluntary curbs on its nuclear activities.

Tehran was, however, forced to lift the limits that it had accepted under the JCPOA on its nuclear work after the US illegally and unilaterally left the nuclear agreement, returned the sanctions that the deal had lifted, and began threatening others, including the E3, into toeing its sanction line.

The Islamic Republic says the US’ campaign of economic pressure amounts to economic terrorism.

Zarif said the bloc and E3’s potential decision to resist the American terrorism would simulate how “they’ve rejected its vandalism in the #UNSC (United Nations Security Council).”

The majority of the Security Council members, including the European trio, stood up to US attempts over the recent months to prolong an anti-Iran arms embargo — that will expire under the JCPOA in October — and a subsequent Washington’s push to return all of the UNSC sanctions against Tehran.

In another tweet on Wednesday night, Zarif had blasted the US for its “hypocritical” opposition to Tehran’s peaceful nuclear energy and defensive missile programs while spending 100 billion dollars on developing new nuclear intercontinental ballistic missiles (ICBMs).

He said “the US insists Iran must not enjoy peaceful nuclear energy, buy any defense equipment, and build defensive missiles,” while it “spends $100 billion on new nuclear ICBMs, builds secret ‘new’ nukes, and floods regional clients with over $380 billion worth of arms.”

The top Iranian diplomat censured the US approach as “breathtaking hypocrisy.”