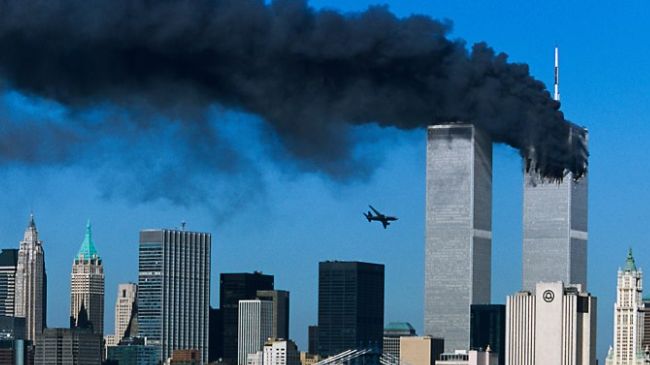 MNA | Mehdi Azizi: Today, almost everyone has come to believe that what happened on September 11 was a planned and fabricated incident aimed at pursuing certain important objectives.

Much has been written about the 9/11 attacks since 2001. Although it was not easy to point out the fabricated nature of these attacks in the first few months of its occurrence, over time it caught the attention of the analysts who began to wonder whether it would be reasonable to accept that such an incident with this magnitude could happen right in the center of New York, and in the most important commercial towers in America despite the US superior security and surveillance.

Little by little, many questions were raised and many ambiguities were pointed out, and also many documents were obtained that showed that this whole incident had been orchestrated.

The analysis of the experts who came to this conclusion by tracing different elements and connecting the dots lent further weight to this theory.

I remember that the first book to be published on this subject was the “9/11: The Big Lie”, written by French author Thierry Meyssan.

Today, almost everyone has come to believe that what happened on September 11 was a planned and fabricated incident aimed at pursuing certain important objectives.

Winning the support of the American and European public opinion for the US political structure, especially the decision of then US President George W. Bush to invade the Middle East and provide the grounds for US military influence in the region, is one of the most important objectives of the 9/11.

Winning the support of the American and European public opinion for the US political structure is one of the most important objectives of the 9/11That is why George W. Bush did not react much when he was informed of the attacks; it seems that everything was planned in advance. More interestingly, a few days before the 9/11, Ahmad Shah Massoud, the beloved leader of the Afghans, was assassinated by the US security services. He could have been an Afghan-agreed leader to take Afghanistan’s affairs into his own hands in the new era if the US had not taken him out.

At that time, the United States needed the support of European and American public opinion to justify its military presence in the region, which started in Afghanistan and extended to Iraq, Syria, and other countries with no end in sight. The US needed the support especially because it had to spend a significant amount of its military budget on military operations in Afghanistan and later in Iraq.

On the one hand, the 9/11 became a good excuse for spreading Islamophobic sentiments in the US and Europe, to the point that many Muslims and Islamic groups were oppressed at that time.

On the other hand, the criminal behavior of George W. Bush and his administration in Afghanistan was also justified by inciting public emotions in Europe and at home.

The US also needed this incident to increase the dividends of its arms factories. In general, 9/11 was the gateway for the Americans to enter the Middle East. It was a logical justification, albeit completely fabricated.

But today, the American public has realized the fabricated nature of the 9/11 and no longer needs documents to accept it. The behavior of post-George W. Bush presidents also confirmed that they were seeking to exert influence in the Middle East.

Most important mission of terrorist groups after 9/11 was to cause internal conflicts in region to create security for Israeli regime and US to plunder the region’s oil reservesMeanwhile, the Taliban, al-Qaeda, and ISIL each had missions at one time or another that they carried out. Of course, these missions are not over yet and will continue. The names of these groups will change, but their mission and approach will remain the same.

The most important mission of these terrorist groups after 9/11 was to cause internal conflicts in the region in order to take over Islamic capacities and commonalities, to create security for the Israeli regime and the US, and to plunder the region’s oil reserves.

AmericansUndoubtedly, spreading Islamophobic sentiments and presenting a violent image of Islam became the most important mission of the Americans in the region with the emergence of terrorist groups such as al-Qaeda, the Taliban, and later ISIL. The US sought to introduce an extremist face of Islam to the West to justify the killing of Muslims and any military attacks on the Middle East, and also to cause the followers and lovers of Islam to start questioning the basis and principle of this religion.

Besides presenting a violent image of Islam and, according to their media, an extremist Islam, the Americans also tried to promote a “secular” and “moderate” version of Islam in order to overshadow the basis of Islamic teachings between these two versions.

Main policy of US-affiliated media is to justify the US occupation of the Middle EastToday, every American citizen should understand that he is a victim of the interests of the Zionist lobby and politicians and owners of arms factories in the United States. They should know that the US does not even have mercy on its own people, be it the warmonger George W. Bush, or the seemingly upright Obama, or the crazy Trump or maybe even Joe Biden?

Finally, it should be noted that the number and content of US-affiliated media to justify Washington’s policies also increased after 9/11, and the main policy of these networks was to create religious strife, as well as to highlight and control internal disputes and consequently, to justify the US occupation of the Middle East.