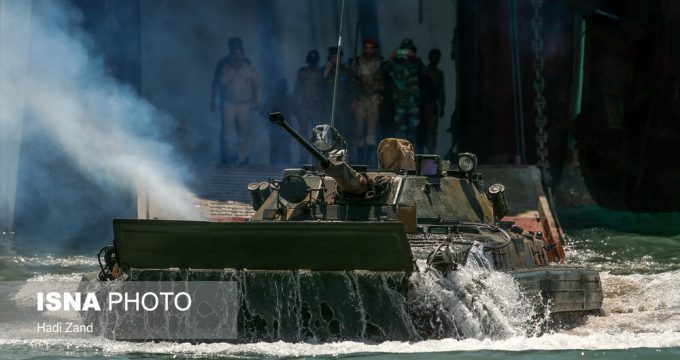 ISNA | Hadi Zand: The three-day exercises, dubbed Zolfaqar-99, kicked off on Thursday under the command of the Army’s Zolfaqar base, with observers from the Khatam al-Anbiya Air Defense Base in attendance. The drills cover an area of two million square kilometers in the eastern waters of the Strait of Hormuz, Makran coast, Oman Sea and North Ocean India up to 10 degrees north. During the military exercises, the Armed Forces will put to test different home-made defense systems, including drones, torpedoes, surface-to-surface and coast-to-sea cruise missiles, surface-to-air and air-to-surface missiles and rocket launchers loaded on vessels.