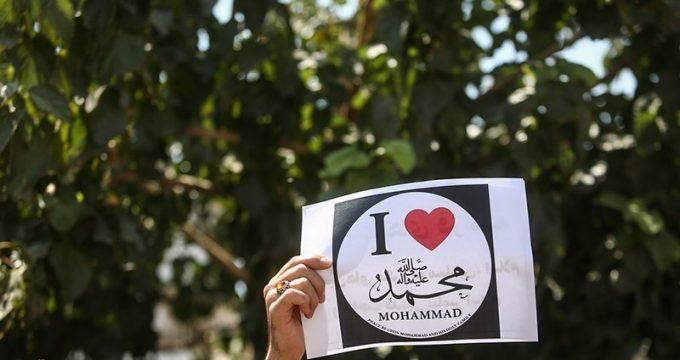 Al-Monitor – Iranian officials are expressing rage at a provocative rerunning of cartoon portrayals of Islam’s Prophet Muhammad, but have refrained from calling for retaliation or issuing death fatwas.

Iran’s Foreign Minister Mohammad Javad Zarif strongly criticized a reprinting earlier this month of some controversial cartoons by the French satirical magazine Charlie Hebdo. Many Muslims across the world find the sketches depicting the Islamic community’s most revered figure, the Prophet Muhammad, sacrilegious.

Zarif’s tweet also criticized French President Emmanuel Macron, who has refused to condemn the publication, saying he is not in a position to pass judgement on the magazine’s editorial decisions. “Freedom of expression or institutionalized hypocrisy?” the Iranian foreign minister asked the French leader, using his signature sarcasm.

Charlie Hebdo reran the cartoons ahead of long-awaited proceedings that began last week against 13 defendants accused of complicity in the 2015 attack on the magazine’s office in Paris. The shooting left 17 people dead, including 12 magazine staff members and the three gunmen behind it.