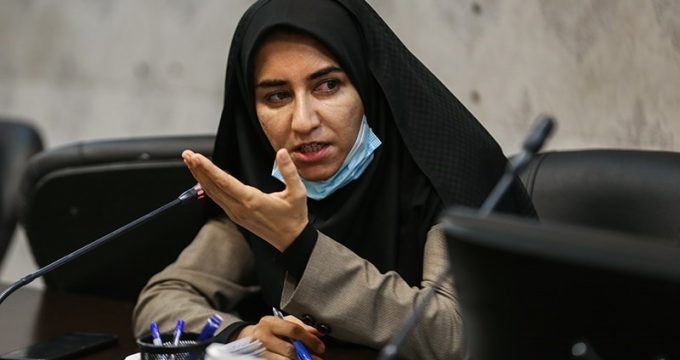 If DRM activated, Iran to end commitments under JCPOA: MP

MNA –The head of the Iranian Parliament’ nuclear committee said that if the US triggers a snapback mechanism to activate anti-Iran UN sanctions illegally, Iran will no longer adhere to nuclear commitments under the JCPOA agreement.

Referring to a meeting held with the Presence of Atomic Energy Organization of Iran’s chief Ali-Akbar Salehi and Deputy Foreign Minister Abbas Araghchi, Sara Fallahi said, “ In this meeting, Iran’s nuclear activities and its relation with the IAEA were discussed.”

All participants in this meeting stressed the important role of peaceful nuclear technology in the economic development of the country and emphasized that officials focus on this technology, she added.

She went on to say, ” Also, it was emphasized in this meeting that any nuclear activity of the country should be under the supervision of the IAEA, and the IAEA is obliged to monitor these activities and prevent them from deviating and moving towards the non-peaceful activities.”

According to Fallahi, the isolation of the United States at the United Nations and its failure in making other countries accompany with its anti-Iran bid in the UN Security Council meeting and US efforts to trigger a snapback mechanism to activate anti-Iran UN sanctions were among the other issues raised at the nuclear committee meeting.

In this regard, the representatives and officials attending the meeting agreed that the United States has illegally withdrawn from the Joint Comprehensive Plan of Action (JCPOA) in May 2018 and it cannot use the Dispute Resolution Mechanism (DRM) against Iran, she stated, and added, “Therefore, it was agreed that if US triggers a snapback mechanism to activate anti-Iran UN sanction illegally and other European countries accompany with this US move, then the Islamic Republic of Iran will withdraw from the JCPOA and it will end its commitments under the JCPOA agreement.”

The other consequences of this withdrawal will be borne by the United States and its allies, she added.