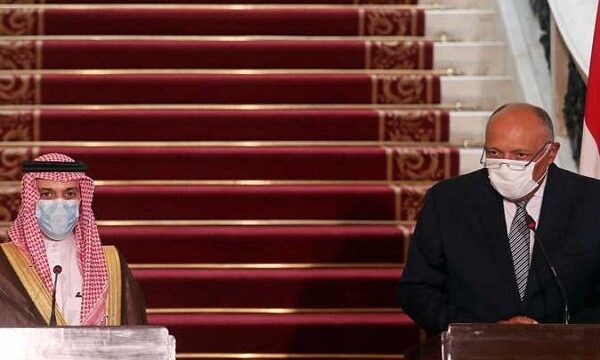 MNA – In a statement issued on Wednesday, the Arab Quartet Committee once again repeated its basless allegations against Iran.

On the sidelines of the Arab League meeting on Wednesday, the Arab Quartet Committee chaired by the UAE and comprising of Egypt, Saudi Arabia, Bahrain and the Secretary General of the Arab League, made accusations against the Islamic Republic of Iran.

At its fourteenth meeting, members of the committee discussed what they called “developments related to the crisis with Iran and the ways to counter its interference in the internal affairs of Arab countries”.

At the end of the meeting, the committee issued a statement emphasizing the content of its previous statements, and once again called on the international community to take a firm stand against Iran and what it called its destabilizing activities in the region.

These baseless allegations come at a time when these countries, especially the UAE and Saudi Arabia, are heavily involved in the affairs of Arab countries, including Libya and Yemen.