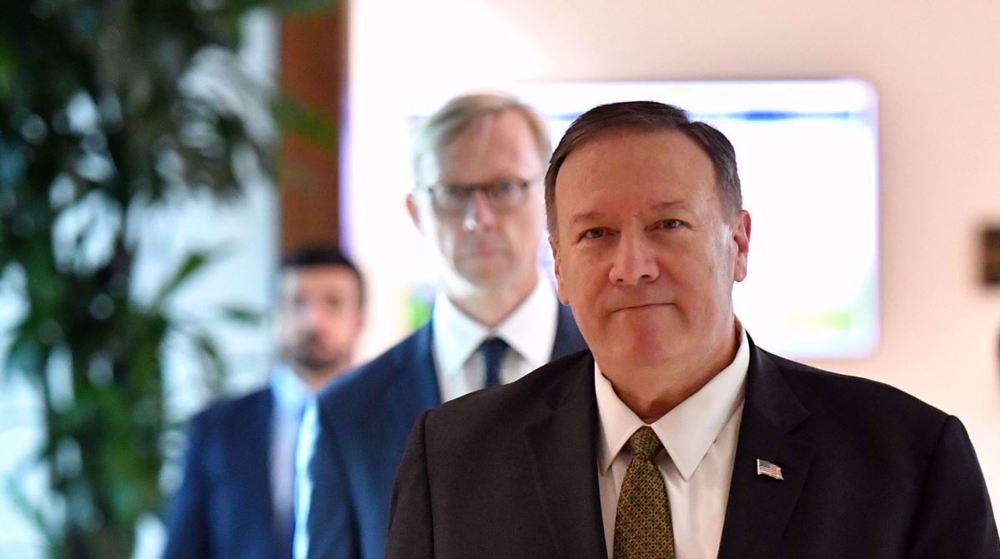 MNA – US Secretary of State said that JCPOA has gone down in history and called on Europe to join US for imposition of sanctions against Iran.

Mike Pompeo on Tuesday claimed that Iran’s nuclear deal, JCPOA, has gone in the history and requested European countries and other states to join the United States for imposition of ‘Strong Sanctions’ against the Islamic Republic of Iran.

He showed reaction to the increase of Iran’s enriched uranium reserves to 10 times more than that of authorized limit as set in JCPOA.

In his twitter account, Pompeo wrote, “According to reports, Iran’s uranium reserves have reached more than 10 times the limits set in JCPOA. The three European countries and others must turn their eye to the fact that Iran’s nuclear deal has gone in the history and they should accompany US for imposition of strong and tough sanctions against Iran.Comprehensive dialogues and pressure is the only way forward.”

The International Atomic Energy Agency (IAEA), in its latest report to members of the Board of Governors last Friday, had confirmed that Iran’s enriched uranium reserves had reached more than 10 times the limits set in the nuclear deal.

After withdrawing from JCPOA in May 2018, Washington has resorted to provocative and tense measures against Iran in line with the so-called “maximum pressure” policy.

In its reaction to this move, Islamic Republic of Iran put a year of “strategic patience” on the agenda and gave the parties to the nuclear deal, especially European countries, that promised to compensate for the withdrawal of the United States, to fulfill their obligations under the nuclear deal.

One year after the lack of fulfillment of Europe’s promises under JCPOA, Iran’s Supreme National Security Council (SNSC) warned the parties in a statement on May 7, if European parties involved in the talk fail to fulfill their obligations in the field of oil and banking within 60 days, Islamic Republic of Iran will reduce its commitments under JCPOA.