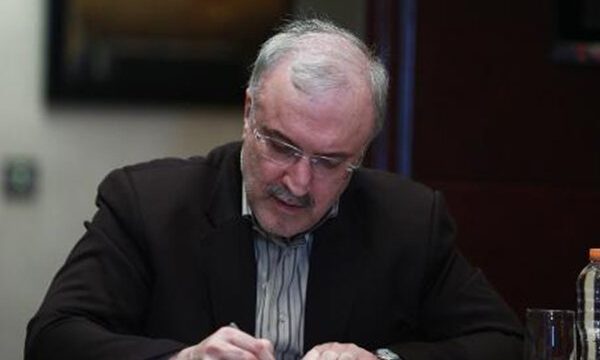 Namaki urges for global call to end US illegal sanctions

MNA – In a letter to Director-General of the World Health Organization (WHO), Iranian Minister of Health Saeed Namaki called for a global request for an end to the US illegal and unilateral sanctions that endanger global health.

In his letter to WHO Director-General Tedros Adhanom Ghebreyesus, Namaki first presented a report on the state of the fight against coronavirus in Iran.

Then, he added, “Despite our all-out struggle against COVID-19, the Islamic Republic of Iran is facing unilateral, illegal and blatant violations of international law which has led to the widespread, comprehensive and brutal sanctions against the Iranian people.”

Sanctions, he continued, has “targeted the health of the people of our country during the pandemic.”

Iranian minister stressed, “In addition to general commitments and multilateral treaties, the US government is required by the interim order of the International Court of Justice to lift sanctions on drugs and medical equipment.”

“According to the Hippocratic Oath, the principle of equality and equal access to health facilities and services are for all human beings. The medical community, by its oath, has a human duty to help lift sanctions on drug and food in Iran,” he said.

He went on to say, “We have been in a difficult situation for the last 7 months in the fight against COVID-19 and illegal and unilateral sanctions at the same time. Therefore, we expect the World Health Organization, the United Nations and all international agencies to ensure that medicines and humanitarian items are made available to the Iranian people.”

“It is time for a global call to lift all sanctions so that the health of those affected is not compromised,” Namaki highlighted.

He urged the UN body to take the necessary steps to stop the illegitimate and unilateral US sanctions that have caused pain and death to the people of Iran and other nations and are having negative consequences for global health.

According to the latest figures announced by Iranian Health Ministry on Tuesday, the number of total coronavirus cases in the country has so far reached 391,112 with the death toll standing at 22,542.