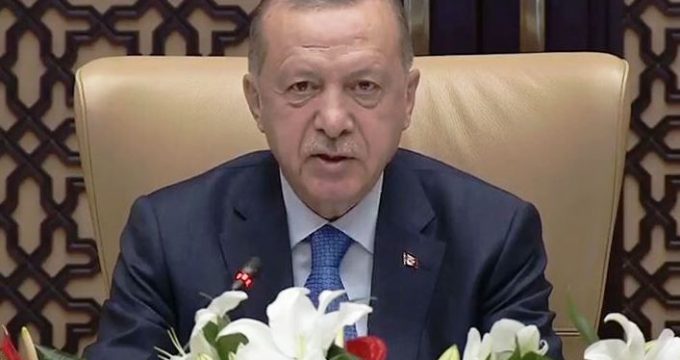 IRNA – Turkish President Recep Tayyip Erdoğan on Tuesday said that Iran and Turkey dialogue have played a decisive role in resolving many issues in the region.

He made the remarks at the 6th Meeting of the Turkey-Iran High-Level Cooperation Council held via videoconferencing.

Holding the meeting is indicative of the friendship bond between two countries, President Erdoğan pointed out.

The decisions that will be made in the meeting will speed up the broadening of the bilateral relations, he further noted.

During the meeting, Iranian President Hassan Rouhani said that Iran and Turkey, as two major regional powers, have always been subject to hostilities, and there is no other way than deepening bilateral relations to overcome the conspiracies.

The relations between the two states have been based on good neighborhood, shared cultural values, mutual respect, common interests, stability, and security, as well as peace in the region, he noted.