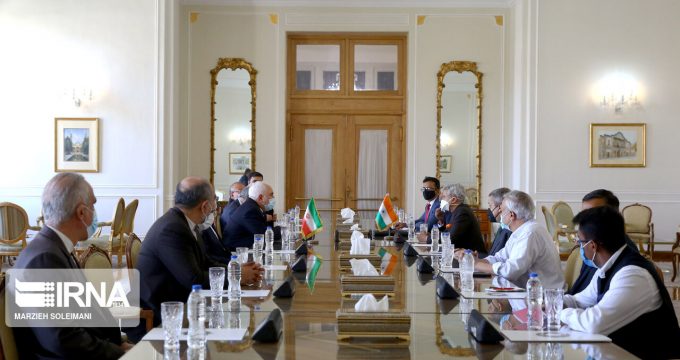 MNA – Hailing the meeting between the Foreign Ministers of Iran and India, the Foreign Ministry spokesman stated that the two counterparts reaffirmed their will to further expand bilateral relations in all dimensions.

“During the talks, the two sides emphasized their will to further expand the bilateral ties in all aspects,” he added.

This morning, Indian Foreign Minister Subrahmanyam Jaishankar met and held talks with his Iranian counterpart Mohammad Javad Zarif in the building of the Ministry of Foreign Affairs and the two sides discussed the latest developments in bilateral relations, the most important regional and international issues.