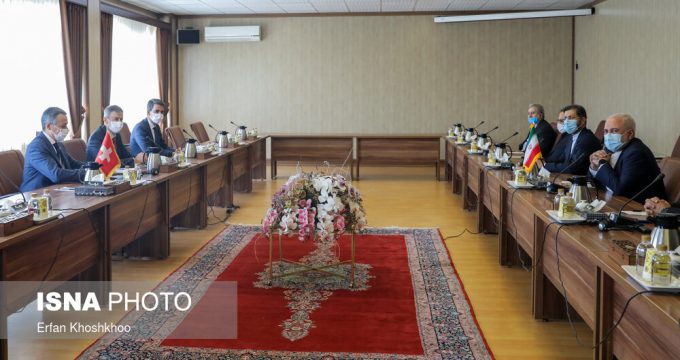 Iranian President Hassan Rouhani thanked the Ministry of Education, teachers, principal s, and officials for helping reopen schools across the country after a hiatus of seven months due to the COVID-19 crisis.

The exhibition of 100th anniversary of Iran-Switzerland diplomatic relations was inaugurated on Sunday in the presence of Swiss Foreign Minister in Tehran.

UAE expected to make up for mistakes: Iran

Iran’s Foreign Ministry spokesman called on the United Arab Emirates to make up for the strategic mistake of normalizing ties with Israel.

An earthquake measuring 5.1 on the Richter scale struck an area in Iran’s northern province of Golestan on Monday but there are no immediate reports of damage or casualties.

Iran dismisses talks with US after Russia offers to mediate

Iran’s Foreign Ministry spokesperson ruled out the possibility of negotiations with the US after the foreign minister of Russia expressed readiness to help Tehran and Washington hold talks.

Iranian Minister of Petroleum Bijan Zangeneh announced on Monday that Iranian gas export has doubled over the past seven years period.

Iran’s Health Ministry spokeswoman Sima Sadat Lari said on Monday that some 117 more Iranians have died from coronavirus disease (COVID-19) over the past 24 hours bringing the total deaths to 22,410.