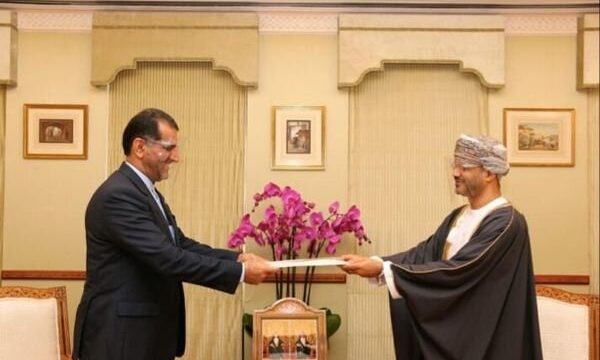 Referring to the commonalities and historical and cultural ties between Iran and Oman, Ali Najafi Khoshroudi explained his agenda and priorities for developing friendly and fraternal relations between the two countries.

He stressed the expansion and strengthening of two countries’ relations, saying that increasing the volume of trade exchanges between the two countries and following up the implementation of the agreements of the Joint Economic Commission is of great importance.

Referring to the good relations between Iran and Oman, Hamood AlBusaidi expressed hope that the cooperation between the two countries, especially in the economic field in the new era, will be expanded.

He also stressed Oman’s balanced approach and efforts to help consolidate peace and security in the region.