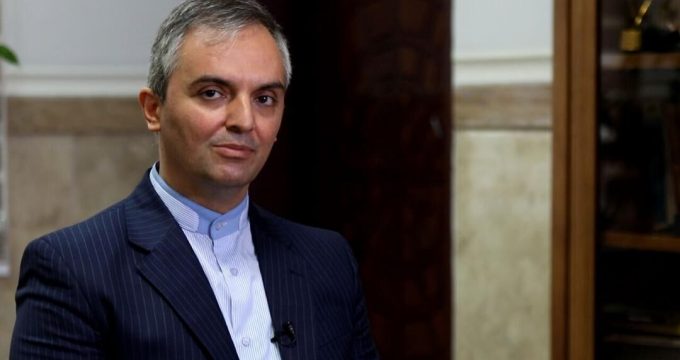 Amir Abbas Lotfi made the remarks in an exclusive interview with IRNA.

Lotfi made it clear that any anti-narcotic measures in the region should start from the source that is Afghanistan.

Iran sits on the main trafficking route from Afghanistan, major supplier of over 90 percent of opium to the European and Asian countries.

Speaking about Triangular Initiative (TI) of Iran, Afghanistan and Pakistan and the United Nations Office on Drug and Crime (UNODC) Regional Program for enhancing anti-narcotic efforts, Lotfi said that Iran is the main partner in the anti-drug campaign structures; so that the global counter-drug measures cannot be effective without Tehran’s contribution.

The official stressed that Regional Program with participation of eight countries, which are neighbors to Afghanistan, will not work if it disregards the Triangular Initiative of Afghanistan, Iran and Pakistan.

Elaborating on TI began in 2007 and engaged by Iran, Afghanistan and Pakistan, Lotfi said it is Iran’s initiative and part of Regional Program.

Later, TI took presence of the UN into consideration and it was named TI plus the United Nations Office for Drug Control, he added.

Joint planning office of TI is in Tehran and the three countries have taken good measures towards joint anti-narcotic operations, he underlined.

Fight against drug activities is the main question in the humanitarian fields, the official noted.

He went on to say that no challenges and obstacles can hinder Iran’s determination to counter narcotic activities.

The Iranian official hoped that the legitimate Afghan government would pass legislation effective across Afghanistan to prevent drug smuggling and narcotic activities.

He, then, said that Iran is fully prepared to support Afghanistan’s anti-drug activities at any level to uproot narcotics.

Iran, as one of Afghanistan’s neighbors, is on the route of illegal drug transit to Europe and the country has not been secured against such illegal activities.