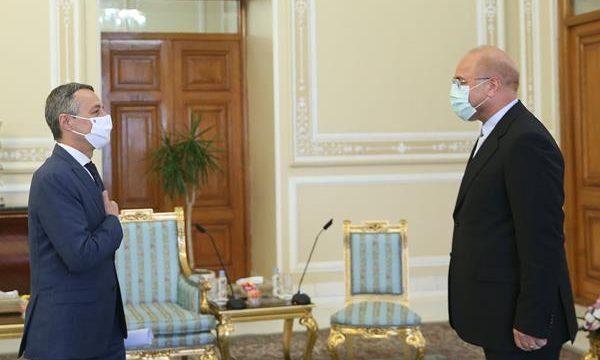 Iran’s coverage: Iran will never forgive US for damages caused by sanctions: Ghalibaf

Qalibaf: Iranians never to forgive damages caused by US sanctions

Iranian Parliament Speaker Mohammad Baqer Qalibaf said on Sunday that the Iranian nation will never forgive and forget the losses that were caused as the result of the sanctions imposed against Iran.

Iran’s Foreign Ministry spokesperson rejected reports that have drawn a link between the debt the UK owes to Tehran from the non-delivery of Chieftain tanks ordered decades ago and possible release of Nazanin Zaghari, a dual Iranian-British citizen jailed for espionage.

Those behind blast in Iran’s Natanz nuclear site identified

The spokesperson for the Atomic Energy Organization of Iran confirmed that the security organizations have identified the elements behind a July blast at Natanz nuclear facility.

Head of the Department of Foreign Affairs of Switzerland Ignazio Cassis said on Saturday that scientific and tourism relations between his country and Iran should be developed in post-coronavirus era.

After a brief halt on Thursday, forex rates resumed rally at the start of the trading week on Saturday with the dollar gaining more than 5,000 rials in Tehran’s open market.

Swiss Foreign Minister Ignazio Cassis said on Sunday that his visit to Iran is preparatory to develop cooperation with Iran in science and tourism.

Iran’s Health Ministry spokeswoman Sima Sadat Lari said on Sunday that some 139 more Iranians have died from coronavirus disease (COVID-19) over the past 24 hours bringing the total deaths to 22,293.