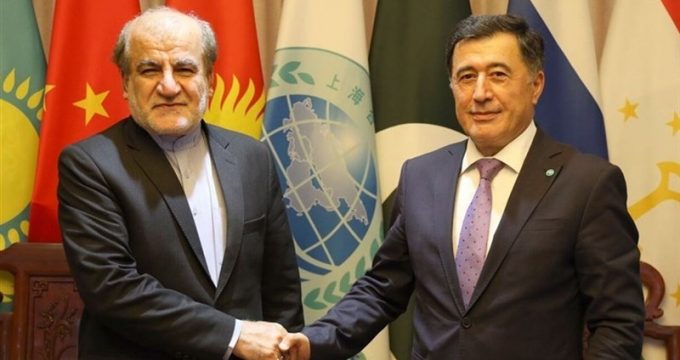 Tasnim – The Secretary General of the Shanghai Cooperation Organization proposed that Iran should organize a series of SCO events and activities.

In a meeting with Iran’s ambassador to China, held in Beijing on Friday, Vladimir Norov highlighted the great potential for cooperation between the alliance and Iran in various arenas, particularly trade, economic, cultural and humanitarian fields.

He also proposed that Iran should be given responsibility for organizing a series of SCO events in cooperation with think tanks, especially in the affairs relating to the youth.

The secretary general also described a road map to the promotion of cooperation between the SCO Secretariat and the member states as a suitable ground for Iran as a member of the “SCO family” to enhance cooperation with the other countries.

For his part, the Iranian envoy praised the SCO for its role in ensuring regional stability and security, expressing Tehran’s readiness for closer cooperation with the organization.

Iran is currently an observer state of the organization.

Officials in Tehran have voiced the Islamic Republic’s willingness to join the Eurasian political, economic, and security alliance.