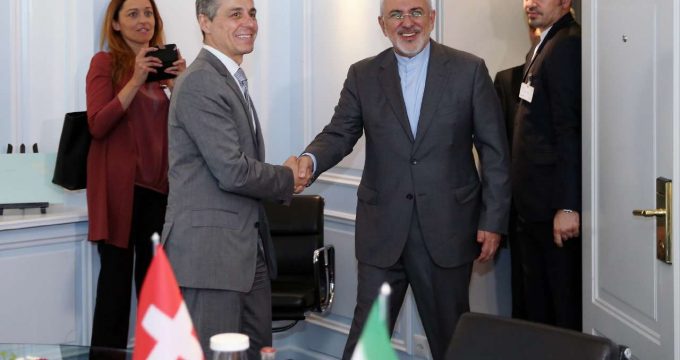 FM Zarif to host Swiss counterpart in Tehran on Monday

MNA – Iranian Foreign Minister Mohammad Javad Zarif will host his Swiss counterpart in Tehran on Monday, according to the ministry’s spokesman.

In a tweet on Thursday, Foreign Ministry Spokesman Saeed Khatibzadeh said Zarif is set to host Head of the Department of Foreign Affairs of Switzerland Ignazio Cassis and his accompanying delegation in Tehran on Monday, September 8.

Bilateral relations, regional developments and international issues are important topics about which both sides will hold talks, he added.

The Swiss Foreign Ministry, in a tweet earlier, had said, “Federal Councillor @ignaziocassis will make an official visit to Iran from 5 to 7 September 2020 as part of the celebrations marking 100 years of Switzerland’s diplomatic presence in Tehran.”

“On 6 September, Mr Cassis will open an exhibition at the historic Negarestan Garden in Tehran on the history of Swiss-Iranian bilateral relations,” it added in a statement attached to its message.

“They will pay a courtesy visit to the new speaker of the Iranian Parliament, Mohammad Baqer Qalibaf.”