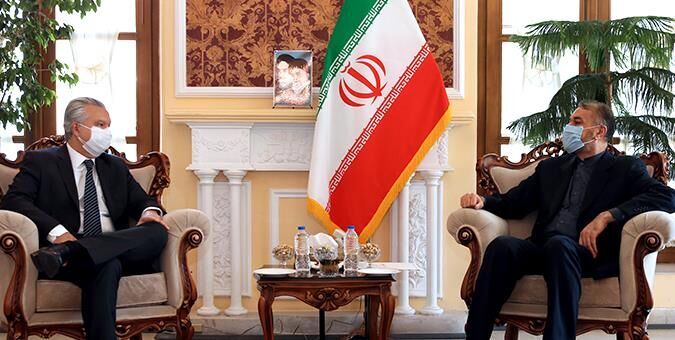 Speaking in a meeting with Brazilian Ambassador to Tehran Rodrigo de Azeredo Santos, Amir-Abdollahian referred to positive background of relations between Iran and Brazil, saying it is possible to reinforce ties in various fields.

Meanwhile, Rodrigo de Azeredo Santos said that there are common grounds for economic cooperation paving the way for reinforcing relations.

In the meantime, Iranian Envoy to Brazil Hossein Gharibi in a meeting with President of the Brazilian Chamber of Deputies Rodrigo Maia highlighted the importance of developing all-out relations with Brazil.

He emphasized the need for closer cooperation to compensate for COVID19 damages.