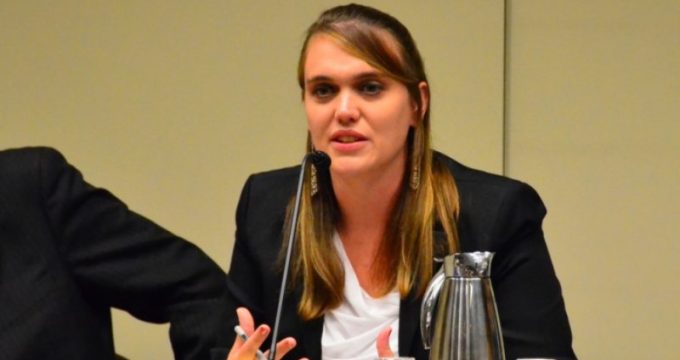 IRNA – Director for Nonproliferation Policy at the Arms Control Association hailed the recent agreement between Iran and the International Atomic Energy Agency (IAEA), saying it is important from the Safeguards perspective and will increase the chance to survive the Joint Comprehensive Plan of Action.

“The access agreement reached between the IAEA and Iran is important from a safeguards perspective and increases the chances that the JCPOA will survive, but it is unlikely to impact the outcome of the Trump administration’s efforts to reimpose UN sanctions,” Kelsey Davenport told IRNA elaborating on the impact of Iran-IAEA agreement on US Administration efforts to restore sanctions on Iran.

“The United States claims that it triggered snapback and that UN sanctions will be reimposed Sept. 20—a claim that is disputed by the remaining parties to the JCPOA and other members of the Security Council,” she added.

“The United States will try to pressure states into enforcing the UN sanctions, but it is equally clear that the Trump administration will face significant resistance, including from the US allies,” she noted.

“Iran’s fulfillment of the Safeguards obligations may reinforce efforts by states to resist the US attempt to enforce UN sanctions, but it won’t impact the Trump administration’s approach,” US expert noted.

“The United States pushed for resolution of the IAEA investigation and used Iran’s failure to comply as ammunition in its quest to discredit the JCPOA and justify the maximum pressure campaign,” she added.

“If the JCPOA survives and a new president takes office, resolution of the IAEA investigation removes a political barrier that could have impeded a return to full compliance with the JCPOA by the United States and Iran,” she said, adding that Trump’s goal is to destroy the JCPOA and ensure that there is no deal for a future president to come back.

“The E3 rightly pushed for Iran to cooperate with the IAEA investigation and requests for access. Iran fulfilling the Safeguards obligations likely reinforces confidence in E3 efforts to preserve the JCPOA and in existing efforts to resist the Trump administration’s attempts to manipulate the Security Council and snapback UN sanctions.”

“But even prior to the IAEA-Iran agreement, the E3 remained steadfast in their opposition to the Trump administration snapback invocation bid, noting that the U.S. does not have legal standing to reimpose UN sanctions and that the snapback is incompatible with European support for the JCPOA,” the US analyst stated.