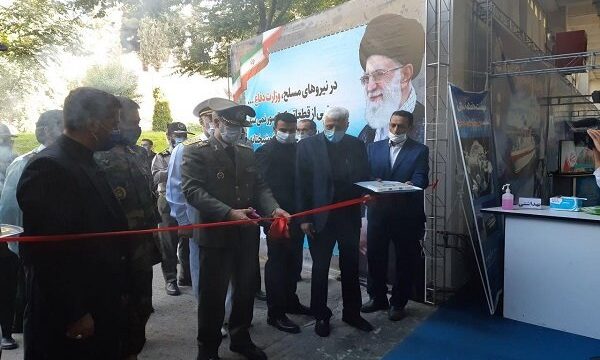 MNA – The exhibition of manufacturing industrial parts was opened in the presence of Iranian Minister of Defense Brigadier General Amir Hatami on Thursday.

The latest achievements in the fields of aviation, aerospace, marine and helicopter industry, communication and radar, as well as ground combat equipment, were unveiled during the event.

Referring to the cooperation of the private sector and knowledge-based firms with the Ministry of Defense, Hatami noted, “This movement has the capability to meet the needs of various industries and companies.”

“The Ministry of Defense has a high capacity to produce various complex and sensitive parts that are sanctioned by foreign countries,” he added.

He went on to say that the Ministry of Defense will not allow the enemies to stop the production line of the Islamic Republic of Iran by imposing economic sanctions.

“The enemies struggle to shut down Iranian companies by preventing the purchase of necessary parts,” he emphasized.

Hatami further noted that the Ministry of Defense is at the forefront of producing various industrial parts to foil the effect of sanctions.