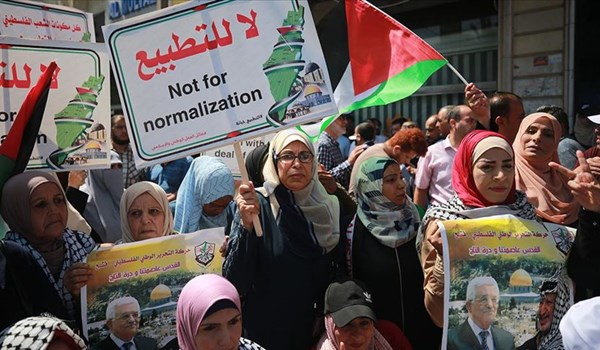 FNA – Iranian Parliament Speaker’s Special Advisor for International Affairs Hossein Amir Abdollahian warned that the peace deal signed between the UAE and Israel will leave negative impacts on the security of the small Arab country as well as the entire region.

“I am not optimistic about the future of this treacherous pact. We will see in the near future that the Zionists will bring insecurity to our neighboring state, the UAE, and this insecurity will spread in the region,” Amir Abdollahian told the state TV on Wednesday.

He expressed the hope that the UAE officials would backtrack from their decision, saying that otherwise the agreement will have harsh consequences for the security of the UAE and other regional states.

Amir Abdollahian said that if the UAE returns from its decision, it can still be hopeful of investment and prosperity, implying that deterioriating security would hamper investment in the small Arab state.

In relevant remarks on Tuesday, Supreme Leader of the Islamic Revolution Ayatollah Seyed Ali Khamenei lashed out at the UAE for normalizing ties with Israel, describing it as a betrayal of Islam, the Arab and Palestinian people and the regional states.

“The UAE betrayed the world of Islam, the Arab nations, the region’s countries and Palestine. Of course, this betrayal won’t last long,” Ayatollah Khamenei said, addressing the directors and heads of the Education Ministry via a videoconference.

“The UAE rulers opened the door of the region to the Zionists, and they have ignored and normalized the question of Palestine, which is a question about the usurpation of a country. This stigma will remain on them,” he added.

“The nation of Palestine is under various, severe pressures. Then, the UAE cooperates with the Israelis and the filthy US agents – such as the Zionists in Trump’s family – against the interests of the world of Islam and commits the greatest atrocity against it,” Ayatollah Khamenei said.

He expressed the hope that the UAE would wake up soon and compensate for what they’ve done.

Also, last week, the Iranian foreign ministry blasted again the recent compromise deal between Abu Dhabi and Tel Aviv, warning that the UAE should account for any threat posed by Israel to the region.

“The agreement between the UAE and the Zionist regime is a scar on the Muslim world’s body and the UAE has made a big mistake and we hope that it makes up for this mistake as soon as possible. The Muslim world will never forget betrayal of the holy Quds,” Foreign Ministry Spokesman Saeed Khatibzadeh told reporters in Tehran.

He further downsized Israel as a serious threat to Iran, and said it is seen as too small and too weak as a threat, but warned that although Israel is not among the threats perceived by Iran’s defense and security doctrine in the Persian Gulf region, the UAE will be held to account if the regime poses any threat to the region.

US President Donald Trump on August 13 announced a deal brokered by his government between Israel and the UAE which he said would lead to full normalization of ties between the two.

Iranian President Hassan Rouhani decried the recent normalization deal between the UAE and Israel, describing it as a gift to Trump before elections.

“These days we have faced a neighboring country which has approached the enemy of the Islamic world and the region and the murderer of the Palestinian nation in a decision to get close to the Zionist regime,” Rouhani said, addressing a meeting of the national coronavirus campaign headquarters in Tehran last month.

He added that the UAE rulers are wrongly thinking that their security and economy will improve through relations with Israel, noting that the measure is aimed at helping Trump win the November elections.

“(The UAE’s) measure is one hundred percent wrong and condemned,” Rouhani said.

He warned the regional states not to pave the way for Israel to have a foothold in the region.

In a relevant statement on August 14, the Iranian foreign ministry strongly condemned the UAE’s decision to set up diplomatic relations with “the Zionist regime of Israel” and termed it as a strategic act of idiocy by Abu Dhabi and Tel Aviv which will undoubtedly result in the further reinvigoration of the axis of resistance in the region.

The statement further stressed that “the oppressed nation of Palestine as well as other freedom-seeking peoples worldwide will never forgive the sin of normalization of the ties with the occupier and bloodthirsty regime of Israel and also the act of those who approve and cooperate with its crimes”.

Undoubtedly the innocent bloods shed during the past seven decades of resistance to free the sacred land of Palestine which is Muslims’ first Qibla will sooner or later take those that betrayed the Palestinian cause by the throat, it added.

The statement also stressed that the Islamic Republic of Iran considers as dangerous Abu Dhabi’s act of normalizing ties with the fabricated, illegitimate and anti-human regime of Israel, and warns the Zionist regime against any kind of meddling in the Persian Gulf region’s equations.

The UAE administration and all other governments which approve of this move should be ready to take the responsibility of all the consequences of such a measure, it further said.

The Iranian foreign ministry’s statement also noted that the history will definitely demonstrate how this strategic mistake by the Zionist regime and the dagger which stabbed both the Palestinian nation and the Muslim peoples in the back will backfire and further strengthen the resistance axis by enhancing unity and solidarity against the Zionist regime and the backward governments in the region.

The foreign ministry advised those rulers who, from inside their “glass castles”, hatch plots against the Palestinians and other regional oppressed nations, including Yemen, to regain consciousness and stop erring in distinguishing between friends and foes.