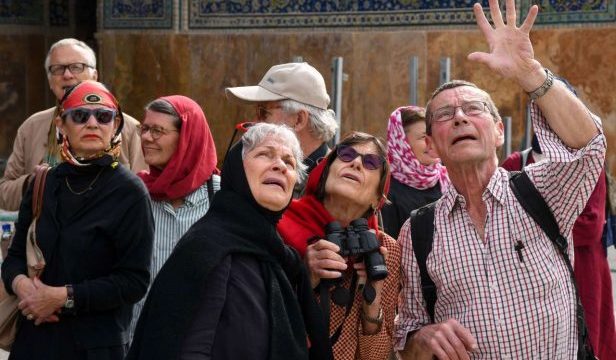 IRNA – Foreign tourists who visited Isfahan over the past seven years made seven-fold growth compared to the preceding periods, the head of provincial department of Iran Cultural Heritage, Handicrafts and Tourism Organization of Isfahan said on Wednesday.

ICHHTO Director General of Isfahan Province Fereydoon Allayari said that the the number of tourists visited Isfahan was 64,000 in the Iranian year 1391 (2012), but, currently more than 45,000 foreign tourists visit Isfahan a year.

Allahyari said that the number of tourist accommodations made 250% increase, adding that the achievements of many of the tourism projects will be seen in four or five years.

In ecotourism, the number of tourist centers has reached 440 from 30, he said, adding that the whole province has grown in tourism, not just Isfahan and Kashan which are major tourist hubs.

He said that in the past few months, due to the spread of the coronavirus, the number of tourists has fallen; however, investment has not decreased.

Allahyari added that 40,000 historical monuments have been repaired over the past seven years under the incumbent Government of President Hassan Rouhani, whereas a total of 10,000 monuments had been provided with repairing in the past 40 years.

He said the number of registered people working in traditional artifacts has reached 40,000 from 4,000 in the past seven years.

Isfahan has one-third of the artifacts of the world. There are some 602 known artifacts in the world, half of which (299) are in Iran and 196 of which are in Isfahan.