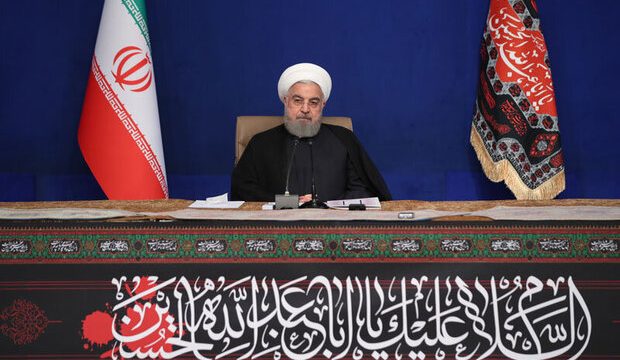 Rouhani: US will get nowhere in its attempt with UN Security Council

IRNA – Iranian President Hassan Rouhani said on Wednesday that the US will get nowhere in its attempt with the UN Security Council to restore UN sanctions on Iran.

Addressing the Wednesday cabinet ministers’ meeting, Rouhani termed these attempts as only propaganda campaign and assured the people that the Government and especially diplomats in the Foreign Ministry will spare no efforts to thwart the US propaganda campaign in this regard.

The US sanctions aimed to defeat Iran in economy domain and make Iran give up to their unworthy demands, he added.

He noted that despite problems and the outbreak of coronavirus, the Central Bank of Iran has so far paid $14.5 billion for basic goods meaning that the Iranian economy sounds well.

US has no right for abusing the Joint Comprehensive Plan of Action when it has pulled out of the deal two years ago.

The US has also punished any state which had been committed to UNSCR 2231, President Rouhani said.

He referred to his recent phone conversation with president of the UN Security Council, Dian Triansyah Djani, saying UNSC chief also believed that US has no right to take advantage of such an opportunity.

It was unprecedented in the history that a country stands against US politically and legally and is able to defeat the US for several times.

On domestic issues, President Rouhani said that the Government will provide the students with free internet for online classes.

US Secretary of State Mike Pompeo claimed that Washington delivered a letter to the UN for snapback invocation against Iran to bring back sanctions in 30 days.

Referring to the process of restoration of sanctions against Iran, Pompeo added that “we are confident that the trigger mechanism will be implemented against Iran”.

This is while, France, Germany and the United Kingdom (E3) announced in a statement that they will not support the US in snapback invocation which is incompatible with the collective efforts to support Iran nuclear deal.