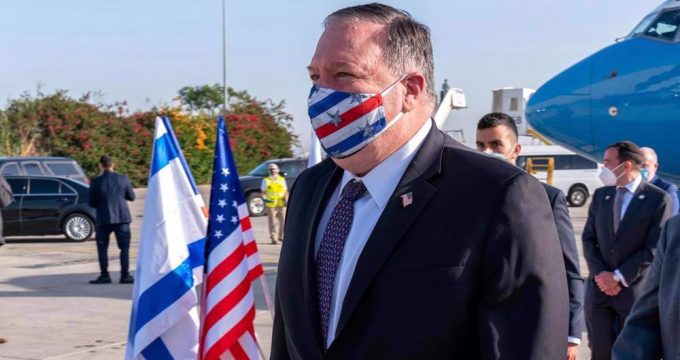 Reuters – Niger, the U.N. Security Council president for September, said on Tuesday it stands by a declaration that no further action can be taken on a U.S. bid to trigger a return of U.N. sanctions on Iran because there is no consensus in the 15-member body.

U.S. Secretary of State Mike Pompeo said he triggered a 30-day process on Aug. 20 to reimpose all international sanctions on Iran – known as snapback – by lodging a complaint with the council accusing Iran of breaching a 2015 nuclear deal.

But Indonesia U.N. Ambassador Dian Triansyah Djani, the council president for August, said that he was “not in the position to take further action” because 13 council members had expressed their opposition.

“We’re staying with this decision… that was stated and announced by the president of the Security Council last month,” said Niger U.N. Ambassador Abdou Abarry, ruling out any move to put forward a draft resolution under the snapback process to extend sanctions relief for Iran.

But Abarry noted: “Any other member state of the Security Council can do it. The United States themselves can do it.”

Washington would veto such a resolution, Pompeo posted on Twitter on Thursday, though he did not signal whether the United States would put forward such a text itself. He added that under the snapback process, “if no resolution is introduced, the sanctions on Iran will still return on September 20.”

Thirteen council members argue that Washington’s attempt to reimpose U.N. sanctions on Iran is void given it is using a process agreed under the nuclear deal between Tehran and world powers, which the United States quit in 2018.

The Dominican Republic is the only council member not to have stated a position on the U.S. move.

Dian Triansyah Djani, Mike Pompeo, snapback mechanism, US sanctions against Iran September 2, 2020
Rouhani: US will get nowhere in its attempt with UN Security Council
JCPOA Joint Commission: All parties determined to preserve Iran deal despite US pressure