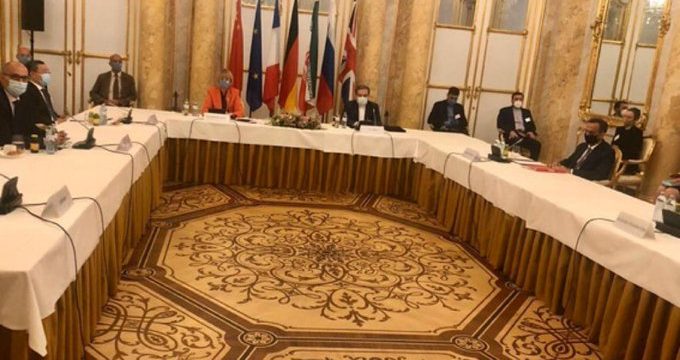 JCPOA Joint Commission: All parties determined to preserve Iran deal despite US pressure

The remaining signatories to a 2015 Iran nuclear deal say they will do everything possible to preserve the landmark accord following their first meeting since the United States launched an unlawful push to restore United Nations sanctions against the Islamic Republic.

Niger, the U.N. Security Council president for September, said on Tuesday it stands by a declaration that no further action can be taken on a U.S. bid to trigger a return of U.N. sanctions on Iran because there is no consensus in the 15-member body.

Zarif says kneeling on head only thing normalized with Israel

Iranian Foreign Minister Mohammad Javad Zarif referred to reports about an Israeli soldier who was kneeling on a Palestinian’s head, saying this is what has been normalized.

Rouhani: US will get nowhere in its attempt with UN Security Council

Iranian President Hassan Rouhani said on Wednesday that the US will get nowhere in its attempt with the UN Security Council to restore UN sanctions on Iran.

Director General of the International Atomic Energy Agency Rafael Grossi in a message referred to his Tuesday meeting with Iranian Deputy Foreign Minister for Political Affairs Abbas Araghchi in Vienna, saying cooperation between Iran and the IAEA must continue.

Three international companies have filed a complaint against US, noting that they are the owner of the cargo that was seized by the United States and that the tankers were not heading to Venezuela.

China’s ambassador to Iran underlined that the US government is not allowed to trigger a mechanism in the 2015 nuclear accord with the purpose of re-imposing sanctions on the Islamic Republic.

Iran’s Health Ministry spokeswoman Sima Sadat Lari said on Wednesday that some 125 more Iranians have died from coronavirus disease (COVID-19) over the past 24 hours bringing the total deaths to 21,797.