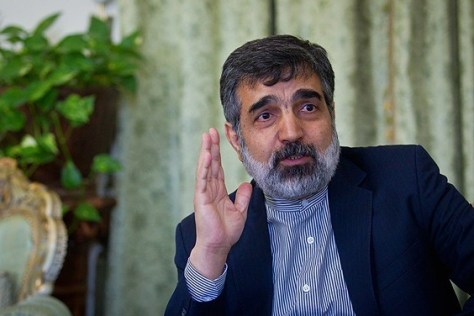 MNA – Stating that the IAEA chief’s visit to Tehran had strategic importance, the AEOI spokesman Behrouz Kamalvandi said that the recent Iran-IAEA agreement is win-win.

“So far, we have received at least 17 reports from the IAEA and the Director-General indicating that Iran has complied with all its obligations,” he said, adding, “But in connection with the request made by the IAEA about a year ago, especially at the Board of Governors meetings in March and July, we believed that some of the IAEA’s questions and requests for access were not defined in the interactive framework.”

“We had informed the IAEA that none of its requests complied with the three frameworks. For this reason, Iran and the IAEA had a dispute at some point. However, in any case, this type of information, which is the basis of the IAEA’s request, had no legal basis, and on the other hand, it was based on a series of fake documents of the Zionist regime,” Kamalvandi said.

He went on to say, “For this reason, some discussions were held to ensure that questions and requests were raised within the legal framework. These talks have been going on for the past few months, and finally, we reached the desired result during the two-day visit of the Director-General of the IAEA and very intensive negotiations.”

“As a result of this agreement, after Iran’s concerns were resolved, we agreed to provide these accesses voluntarily under the Protocol, as there is an article in the Additional Protocol that a member state can implement on a voluntary basis,” Kamalvandi noted.

“We have seen a wide range of media outlets and international figures took a stand on the agreement between Iran and the IAEA, and it was largely welcomed,” he added.

“Grossi’s visit to Tehran had strategic importance. It was a successful trip, at the end of which a very strong statement was issued in which all the considerations of Iran were taken into account,” AEOI spokesman said, adding, “In other words, both the principles and legal issues of the Islamic Republic of Iran and the considerations of the Agency were taken into account.”

“This is a great achievement and a win-win agreement that benefits both sides,” he stressed.

Kamalvandi said, “The nature of Iran’s interaction with the IAEA certainly has its own international implications, including the fact that it will not be ineffective in the work of the Security Council.”

“The US is now trying to use every opportunity against Iran. Therefore, relations with the IAEA within a principled framework and with proper management, can take this opportunity from the US,” he added.

Elsewhere in his remarks, he said, “Iran expects the IAEA, as in the past, to submit reports indicating that the Islamic Republic of Iran, which has always adhered to its commitments and this time has fulfilled its obligations well, so that consideration of the matter in the Board of Governors is over.”

“We have even gone beyond our commitments and emphasize that we are cooperating with the IAEA voluntarily, so we expect the IAEA’s future report will be a positive report that reflects Iran’s good cooperation,” he added.

“Iran expects the IAEA and participants of the JCPOA to perform their inherent duties. The IAEA, as an international organization with a special position, must, naturally, perform its duties and missions professionally, impartially and without political intentions and without accepting political pressures,” Kamalvandi stressed.