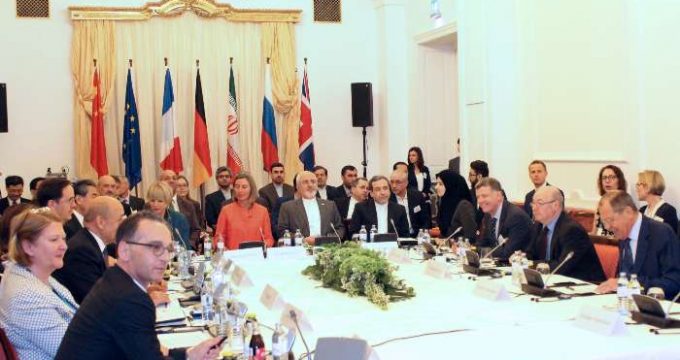 Sputnik – The statement comes as officials from Russia, China, France, Germany, the United Kingdom and Iran are expected to meet in Vienna on Tuesday to discuss how to uphold the nuclear pact with Tehran.

Germany and China share a view that it is essential to preserve the Joint Comprehensive Plan of Action, also known as the Iran nuclear deal, German Foreign Minister Heiko Maas said at a press conference following talks with his Chinese counterpart Wang Yi.

Maas noted that the matter had been extensively discussed at the United Nations Security Council over the past several weeks.

The statement comes ahead of a planned meeting of the remaining signatories of the nuclear pact in Vienna focusing on the preservation of the agreement. The Joint Commission will be chaired by European External Action Service Secretary-General Helga-Maria Schmid, who will act on behalf of the European Union’s foreign policy chief Josep Borrell.

US Push to Restore Sanctions Against Iran

The gathering comes amid US pressure on its European allies to reinstate sanctions on Iran over its purported non-compliance with the accord. Washington attempted to invoke the 2015 nuclear agreement snapback mechanism under UN Security Council Resolution 2231 to restore the previously-lifted sanctions against Tehran.

However, the initiative has found no support as the United States officially withdrew from the nuclear pact.

The JCPOA, signed in 2015 by Iran, China, France, Germany, Russia, the United Kingdom, the United States and the European Union, stipulates the removal of international sanctions from Tehran in exchange for it scaling down its nuclear program. The deal was then enshrined in UNSC Resolution 2231, including a provision on a five-year arms embargo.

The United States unilaterally abandoned the nuclear agreement in May of 2018. A year later, Tehran began reducing its commitments under the nuclear deal vowing to continue scrapping some of the deal components until the JCPOA’s European signatories found a way to bypass the crushing economic impact of Washington’s sanctions.