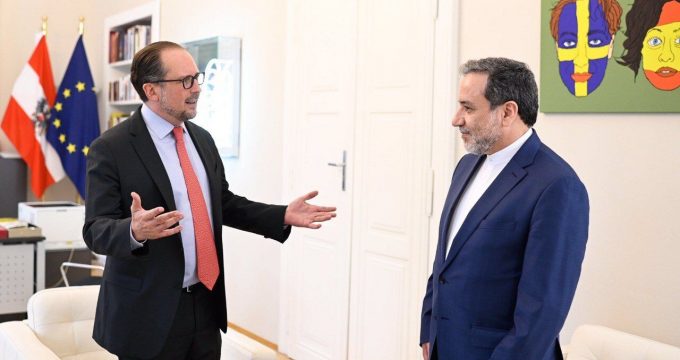 IRNA – Iranian Deputy Foreign Minister for Political Affairs Abbas Araghchi in a meeting with Austrian Foreign Minister Alexander Schallenberg in Vienna on Monday night discussed a range of issue, including the preservation of the Joint Comprehensive Plan of Action (JCPOA).

During the meeting in the Austrian capital, the Austrian foreign minister called on the JCPOA members to live up to their commitments within the framework of JCPOA, and said, “Austria will continue its contribution to help reconstruct trust in the region.”

Iranian Deputy Foreign Minister Abbas Araghchi arrived in Vienna on Monday to attend the JCPOA Joint Commission meeting which will be held on Tuesday.

Araghchi is slated to meet and hold talks with some of the heads of the delegations attending this meeting.

The JCPOA Joint Commission meeting will be held in Vienna on Tuesday.