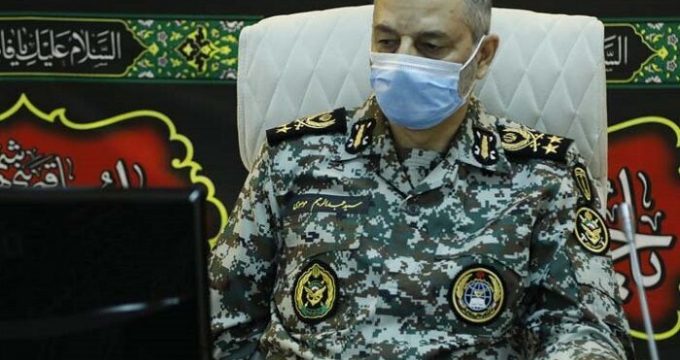 He said that Iran’s air defense forces have gained good achievements in various fields of air defense, including radar, missiles, and communications systems during the years after the Islamic Revolution, especially after the establishment of the air defense center in 2008.

He stressed the need for more cooperation between the armed forces in defending the Islamic Republic of Iran, adding that Iran’s air defense has a high capability in the region.

“Send my regards to the vigilant staff of the country’s Air Defense. The country owes its security to Air Defense’s mobility and wariness. Our pious people are grateful for your unwavering efforts. Be appreciative of this,” the Leader told the Air Defense units in the message, passed on by General Shirazi.