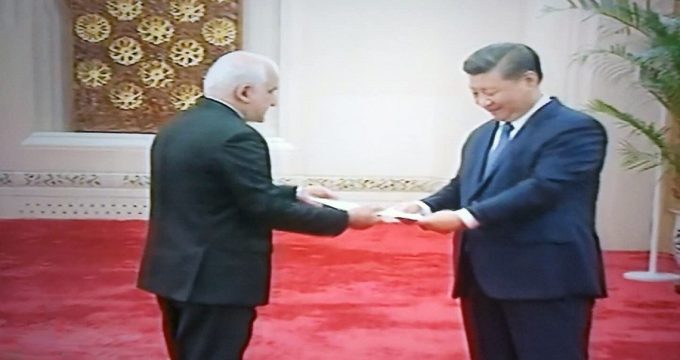 IRNA – Iranian ambassador to China Mohammad Keshavarzzadeh appreciated China’s standing up to US bullying in the United Nations Security Council to exert pressure on the Islamic Republic of Iran.

Writing on his personal Twitter account on Saturday, Keshavarzzadeh said that China’s position was actually the rejection of US unilateral policies.

His comments follow China’s opposition to a US attempt at the UN Security Council to invoke a snapback aimed at re-imposing international sanctions on Iran which were lifted after a landmark nuclear deal was struck between Tehran and six world powers in 2015.

An arms embargo imposed on Iran is expected to be lifted on October 18 under the terms of the 2015 Iran nuclear deal – known as JCPOA – and UNSC Resolution 2231. This is while the United States has begun a campaign to extend the embargo.

Washington firstly proposed a draft resolution to the UN Security Council which called for extension of Iran arms embargo. But on the voting day, except for the United States that had proposed the resolution, it was only Dominican Republican that voted for it. China and Russia voted against it and the rest 11 member states abstained.

Following the unprecedented defeat, the US Secretary of State Mike Pompeo proposed another draft resolution to the UN Security Council which called for re-imposition of all the international sanctions on Tehran.

But as the US unilaterally withdrew from Iran nuclear deal two years ago, the UNSC member states believe that the US is no longer a JCPOA participant and therefore cannot invoke the snapback. So, on the voting day, 13 UNSC member stats out of the total 15 members expressed their opposition to the US draft resolution.

China’s official reaction to the draft resolution read: “US demand for invoking a snapback has no legal ground. It is nothing but a political show put on by the US itself. Letters sent by China, Russia, Iran and others to #UNSC President and E3 FM Statement on #JCPOA clearly expressed opposition of the int’l community to the US move.”