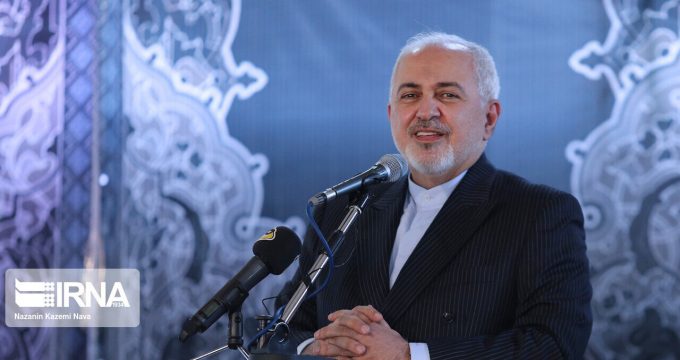 IRNA – Iranian Foreign Minister Mohammad Javad Zarif in a message criticized US for sanctioning anyone and any entity that comes between US” and “its snapback, saying it does not understand law or UN.

“After thrice being rejected by SC, US now threatens “sanctioning anyone & any entity that comes between US” & “its snapback” Obviously they don’t understand law or UN,” Zarif wrote in his Twitter account on Friday.

“Maybe they can grasp this: You divorced the JCPOA in 2018. Your name on the marriage certificate is irrelevant,” he added.

Earlier, Zarif in a letter to the chairman of the UN Security Council blasted the US’ illegal attempts to snapback sanctions on Iran, reiterating that the US has no right to reapply provisions of terminated resolutions.

“The term “snapback” is never employed in either the Joint Comprehensive Plan of Action (JCPOA) or UN Security Council Resolution 2231. Rather, the US has intentionally used the term to connote rapidity and automaticity. The wording in UNSCR 2231 is actually “reapplication of the provisions of terminated resolutions”, which requires an elaborate time-consuming process—intended to preserve the JCPOA, and not to destroy it.

Meanwhile, Russian Ambassador and Permanent Representative to the International Organizations in Vienna Mikhail Ulyanov in a message undermined the US’ attempts to trigger snapback mechanism against Iran, saying it is time to stop this endeavor.

“There is no consensus in the #UNSC on #US attempt to trigger sanctions snapback,” he said.

“The majority of its members do not recognize US as a #JCPOA participant who can launch the relevant procedure. Therefore the President of the Council isn’t in the position to take further action,” he noted.