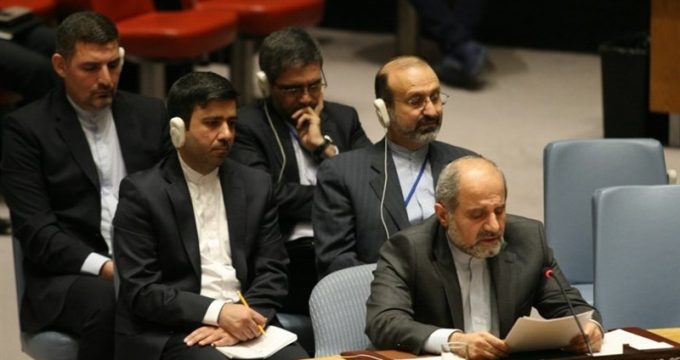 Tasnim – Iran’s deputy ambassador to the United Nations blasted the US for its negative role to prevent the proliferation of nuclear arms, calling on the international community to pressure the Israeli regime into joining the Non-Proliferation Treaty (NPT).

Addressing a virtual meeting on the anniversary of the Comprehensive Nuclear-Test-Ban Treaty (CTBT) on Thursday, Al-e Habib stressed that the destructive role of the United States and Israel has prevented the realization of a Weapons of Mass Destruction (WMD) Free Zone in the Middle East.

He slammed the US’ negative role in preventing the proliferation of nuclear weapons and said with 1,054 nuclear tests, Washington has had the highest number of such tests in comparison to other countries.

He referred to the US as the possessor of the world’s largest nuclear arsenal and the only country to have used nuclear weapons, and said Washington not only has no intention to end testing nuclear weapons and join the Comprehensive Nuclear-Test-Ban Treaty (CTBT) but also continues to modernize and strengthen its nuclear arsenal, Press TV reported.

Nuclear disarmament must remain at the top of the international community’s agenda, he said, adding that the nuclear tests must be stopped since they are against the soul of CTBT and commitment to nuclear disarmament as per the Article VI of the NPT.

Israel, which pursues a policy of deliberate ambiguity about its nuclear weapons, is estimated to have 200 to 400 nuclear warheads in its arsenal.

The regime has refused to allow inspections of its military nuclear facilities or sign the NPT.

Under Article VI of the NPT, all parties to the treaty undertake to pursue good-faith negotiations on effective measures related to nuclear disarmament and the cessation of nuclear arms race.