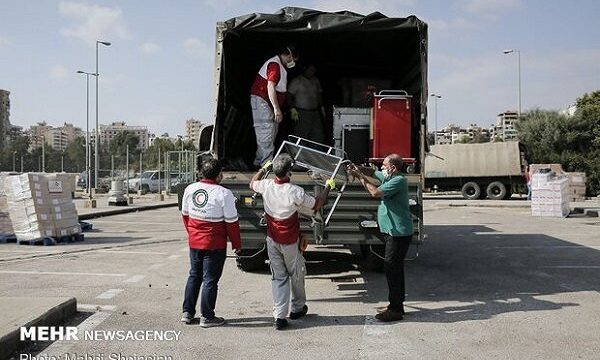 MNA – Head of Iranian Red Crescent Society (IRCS) said that the body is ready to help flood-stricken people in Afghanistan.

He made the remarks in a telephone conversation with Mirwais Akram, Deputy Afghan Red Crescent Society, on Thursday.

While expressing the sympathy of people and government of Islamic Republic of Iran with the families of victims of flood in Afghanistan, he reiterated that Iranian Red Crescent Society is ready to offer relief services to flood-stricken people in Afghanistan.

For his part, Mirwais Akram Deputy Afghan Red Crescent Society appreciated Iranian Red Crescent Society readiness and added that the degree of damages and emergency requirements will be estimated in a session which will be held tomorrow, based on which, type of assistance and items required would be announced to the Islamic Republic of Iran.

It should be noted that the number of casualties and damage caused by floods in Afghanistan is not yet certain, but local officials have stressed that the situation in the flooded areas is “critical”.

Flash flood in Afghanistan killed and injured dozens of people on Wednesday, with the northern province of Parwan hit hardest, officials said. The head of a hospital in Parwan’s regional capital said that the death toll could “double, or even triple” as hundreds of people were still believed to be trapped under collapsed homes.