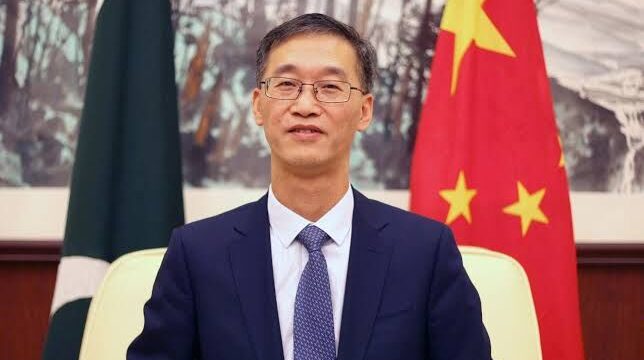 IRNA — Ambassador of China to Pakistan says China-Pakistan Economic Corridor (CPEC) is an opportunity for the regional connectivity and cooperation adding that Islamic Republic of Iran is most welcome to join the project.

Speaking exclusively in a talk show of Urdu news channel ‘AajNews’ ambassador Yao Jing said first CPEC is a bilateral agreement because it is kind of a cooperation project between China and Pakistan.

“But this also has a regional aspects even the global aspects,” he noted.

He added according to our mutual understanding with Pakistan CPEC should have been a kind of opportunity for the regional connectivity and regional cooperation.

“As far as the international elements are concerned Iran is most welcome, and Afghanistan and Central Asia too, so I think it is very relevant for the CPEC to open for the several parties,” he said.

He was of the view that the CPEC projects will directly benefit Balochistan.

Earlier Ambassador Yao Jing in an interview with IRNA had said Iran because of its geographical position in the region becomes natural partner in CPEC project.

Under the CPEC many infrastructure projects are under construction throughout Pakistan. Originally valued at $46 billion, the value of CPEC projects is now worth $62 billion. The project will link Pakistan’s Gwadar port to China Xinjiang province.

Ambassador Yao Jing responding to a question in ‘AajNews’ program said that US accuses China for the spread of COVID-19 because of its failure in containing the spread of virus adding that COVID-19 is a big challenge to international community.

China had started its research for developing the vaccine for COVID-19 since the beginning of this year, he said.

He said that Chinese companies and research institutions have developed three kinds of vaccines and were put onto volunteers test. China is also developing the vaccine in cooperation with Pakistani pharmaceutical companies.