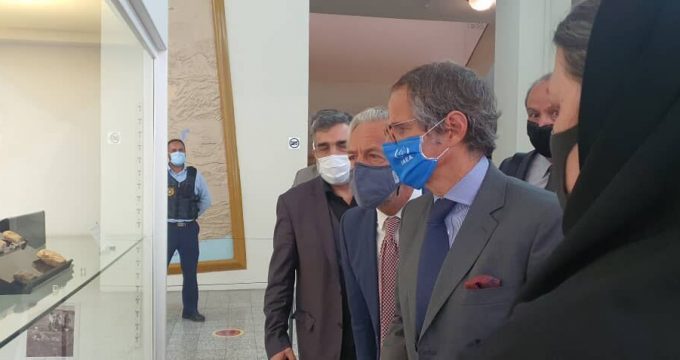 IRNA – Director-General of the International Atomic Energy Agency (IAEA) Rafael Mariano Grossi toured the National Museum of Iran on the sidelines of his diplomatic visit to Tehran.

The IAEA Director-General, who travelled to Iran as part of a diplomatic mission to hold talks with Iranian officials, paid a visit to the National Museum of Iran while Behrouz Kamalvandi, the spokesman of the Atomic Energy Organization of Iran (AEOI), and some other officials accompanied him.

During his tour to the Museum of Ancient Iran, Grossi got acquainted with the part of the history and civilization procedures in Iran.

He wrote in the memorial book of the museum that “the opportunity to visit this unique museum and to get to know the long history of ancient Iranian civilization is my honor”.