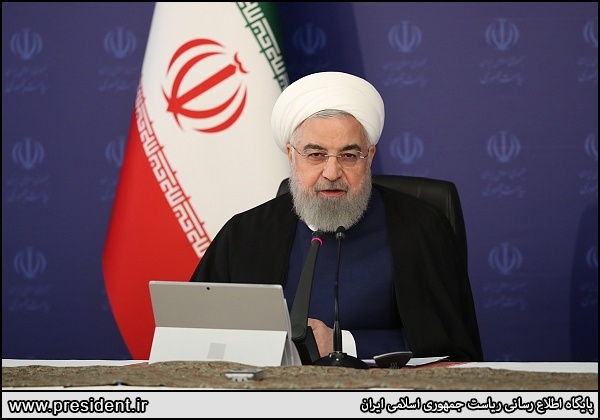 IRNA – President Hassan Rouhani said on Tuesday that Iran’s power of diplomacy would defeat the US in the United Nations Security Council (UNSC), and the Islamic Republic would achieve success.

Rouhani held a meeting on Tuesday with the country’s senior media executives on the occasion of the Government Week.

Managing Director of the Islamic Republic News Agency (IRNA) Mohammad-Reza Norouzpour said in this meeting that the Joint Comprehensive Plan of Action (JCPOA) had many benefits during this period, the defense power of the country increased, the US advanced drone was annihilated by Iran’s domestic missiles which were designed and manufactured by the Iranian experts. It is clear that in Iran’s current government there was a balance between the two wings of diplomacy and the defense power of the country.

In response to a question by IRNA chief, Rouhani said that Iran’s power of diplomacy would defeat the US in the United Nations Security Council (UNSC), and the Islamic Republic would achieve success. The anti-Iran draft resolution by the US and its outcome shows that the US is lonely in the international community, and it is the result of Iran’s strength of diplomacy.

He went on to say that Iran has achieved success in the nuclear negotiations as a result of this diplomacy.

The reason that the Zionist regime, the United States, and Saudi Arabia were all concerned and they urge US President Donald Trump to break the JCPOA is the fact that after JCPOA, the nuclear negotiations paved the way for the country in many ways, he added.