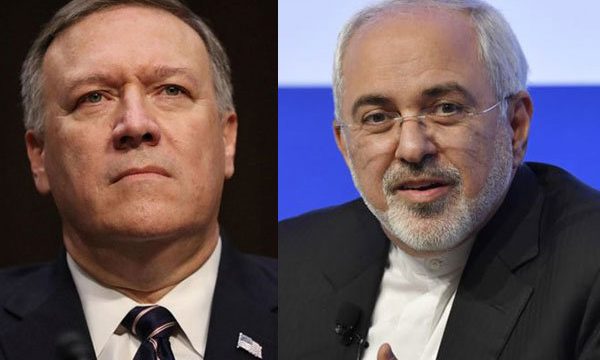 Zarif reacts to UNSC president’s stance on US ‘snapback’ bid

In reaction to the stance of current president of the UN Security Council on US ‘snapback’ bid, Iranian Foreign Minister Mohammad Javad Zarif said that US Secretary of State Pompeo’s lawless bullying leaves US isolated again.

Birthday of Muhammad ibn Zakariya al-Razi on August 26 is commemorated and named as Pharmaceutical Day in Iran.

UAE to be held accountable for any Israeli threat to Iran: Spokesman

The Iranian administration’s spokesperson censured the UAE for the strategic mistake of normalizing ties with the Zionist regime, reminding Abu Dhabi that it has to accept responsibility for any anti-Iranian move by Israel.

Iran’s President Hassan Rouhani said all hostile plots against the Iranian nation have ended in failure under strong resistance, adding that his administration has handled the economy despite a $50 billion drop in incomes caused by the US sanctions.

Iran’s Permanent Mission to the United Nations said in a statement that US objective is to destroy UNSCR 2231 and Iran nuclear deal, adding that the UNSC once again indicated the US isolation.

Iran’s death toll from the novel coronavirus rose by 119 to 21,020, the health ministry’s spokeswoman told state TV on Wednesday, with the total number of identified cases rising to 365,606.

Iranian Foreign Minister Mohammad Javad Zarif called on the International Atomic Energy Agency to stick to the principles of impartiality and professionalism in its interaction with the member states.

Iran, Russia and Turkey, the three guarantor states of the Astana Process for peace in Syria, condemned the Israeli military strikes in Syria as a violation of international law that undermined the sovereignty of Syria and its neighboring countries.

Iran warns US against bid to restore UN sanctions

The UN Security Council president’s statement that the US’ push to restore the UN sanctions on Iran is null and void indicates that the American attempt would have legal consequences, Iran’s Foreign Ministry spokesperson said.