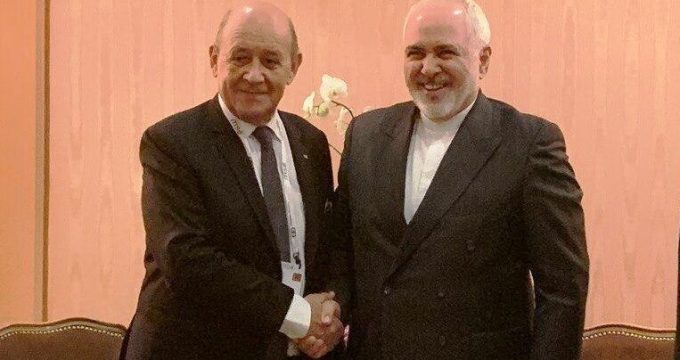 Tasnim – The foreign ministers of Iran and France discussed a range of issues in a telephone conversation on Monday, including the developments surrounding the JCPOA.

Iranian Foreign Minister Mohammad Javad Zarif and his French counterpart Jean-Yves Le Drian discussed issues relating to Iran-France bilateral relations, the latest developments regarding the JCPOA, and the situation in Lebanon in the wake of the recent blast in Beirut’s port.

France was one of the UN Security Council permanent members that refused to vote in favor of a US-initiated resolution proposed recently to extend a UN arms embargo on Iran that expires in October under the Joint Comprehensive Plan of Action.

The European country has also stepped up efforts in recent weeks to play a leading role in Lebanon’s politics after the huge blast that hit Beirut in early August.