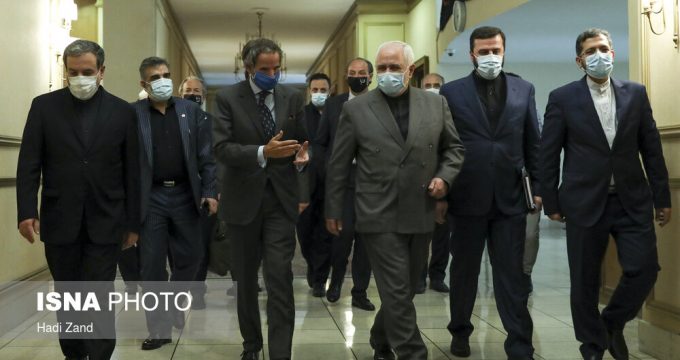 3 national projects of Ministry of Industry, Mine and Trade inaugurate

Iranian President Hassan Rouhani highlighted his administration’s success in containing the coronavirus pandemic and handle the economy at the same time, saying a number of world leaders have hailed the Islamic Republic as a successful model.

Saudi Arabia has banned Iran’s representative for 2015 Mina and Mecca twin incidents from entering the Arab country as the legal situation of the family members of those killed in the tragedy has remained unresolved after over 5 years.

The foreign ministers of Iran and France discussed a range of issues in a telephone conversation on Monday, including the developments surrounding the JCPOA.

Iranian Foreign Minister Mohammad Javad Zarif in a message seriously criticized US Secretary of State Mike Pompeo for his desire to flood the region with US weapons.

Iran’s Health Ministry spokeswoman Sima Sadat Lari said on Tuesday that some 125 more Iranians have died from coronavirus disease (COVID-19) over the past 24 hours bringing the total deaths to 20,901.