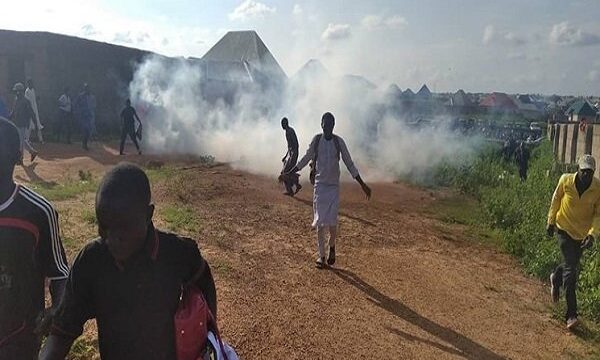 MNA – Supreme Council of the Cultural Revolution slammed the Nigerian armed forces attack against Shia mourners, calling on the international bodies to stand against the violation of human rights.

The attack of Nigerian armed forces against mourners of Imam Hussein (PBUH) in Kaduna, which led to the martyrdom of three and injury of dozens of people, was a source of grief for the Islamic Ummah, the secretariat of Supreme Council of the Cultural Revolution noted in a statement on Monday.

The Nigerian government has tried during recent years to crack down the Shia community and now has found the issue of quarantine and health protocols as a new excuse for continuing its crimes, adds the statement.

Condemning the aggression against Shia Muslims, the body called on the Foreign Ministry, international bodies, and religious leaders across the world slam the crime and use all legal tools available to prevent such aggressions.

The casualties took place on Saturday evening when police and security forces violently attacked an annual Ashura mourning ceremony that had been organized by the Islamic Movement in Nigeria (IMN) in Hayin Bello neighborhood of Kaduna.

The IMN, led by prominent Muslim cleric Sheikh Ibrahim Zakzaky, said on its Twitter account that police had also fired teargas at mourners in the ceremony and vandalized their vehicles.

Kaduna, killing of Shia mourners in Nigeria, Supreme Council of the Cultural Revolution August 25, 2020
Iran-made RDSS system able to detect coronavirus in 30 Min
Zarif lashes out at Pompeo’s desire to flood region with US’ weapons