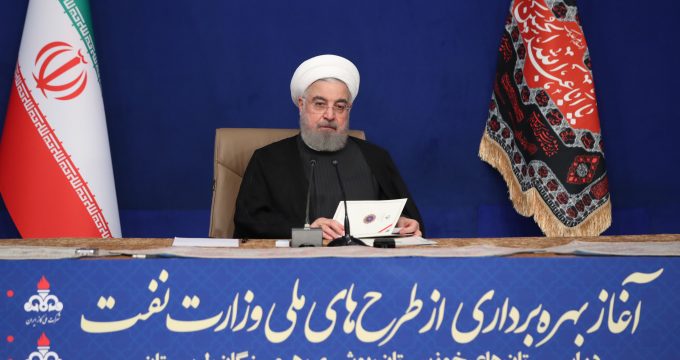 The major gas transmission projects will boost gas transfer capacity of the National Iranian Gas Company (NIGC) by 110 million cubic meters per day, according to Shana.

The trunklines, together 1,850 km long, entail 5 compressors from Assaluyeh, southern Iran, to Miandoab, northwest of the country.

This pipelines will enable more stable gas exports to the western and northwestern neighbors of the country as the main customers of Iranian gas.

Iran currently exports gas to Iraq, Turkey, Armenia and Azerbaijan, and the operation of the pipeline will pave the way for increased exports and even new gas export contracts.

Also, Bushehr Petrochemical Plant’s gas sweetening, ethane and methanol units with an annual production capacity of 4 million tons were inaugurated by video conference by order of the President.

The plant is being developed in 70 hectares of land with the aim of producing 6 million tons per year of methanol, ethylene, ethylene glycols, heavy polyethylene, acetic acid and vinyl acetate.

The first phase of the project generates €370 million annually for the country. It also provides jobs for 1,500 people.

The project has cost a total of €1.322 billion. Shastan Holding and Maroon Petrochemical Company are the main shareholders of this project and the required budget for construction of the project has been provided through foreign financing and by the shareholders.

The third project that was inaugurated today is a power plant and ancillary facilities in West Karoun oil fields cluster.

The plant is 45 km southwest of Ahvaz, southwestern Iran, adjacent to the NGL3200 plant and was erected in a matter of 5 months.