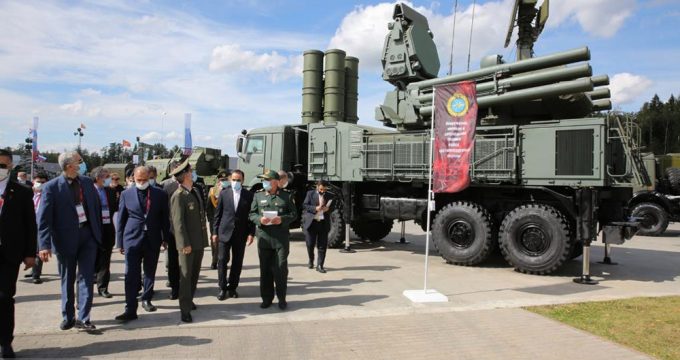 Photos: Iran’s Defense Minister get acquainted with S-400 during Arms Expo in Russia

Mian | Mohammad Agah: With the United Nations arms embargo on Iran set to expire in October, US officials and media have speculated that Tehran may buy Russian military hardware, including the S-400, once UN restrictions are lifted. Iran already has some advanced air defence capabilities of its own, including a system which downed a $220 million US drone in 2019. Iranian Defence Minister Brig. Gen. Amir Hatami has inspected the S-400 Triumf (NATO reporting name SA-21 Growler) air defence system during his visit to Russia for the ARMY-2000 military expo outside Moscow. Footage of the visit, which took place Sunday, shows Hatami and other members of the Iranian delegation speaking to Russian officials, with the defence minister briefed on the S-400’s systems features and principles of operation. In addition to the S-400, the delegation also took a look at the Pantsir S1E combined medium-range surface-to-air missile system and anti-aircraft artillery system.